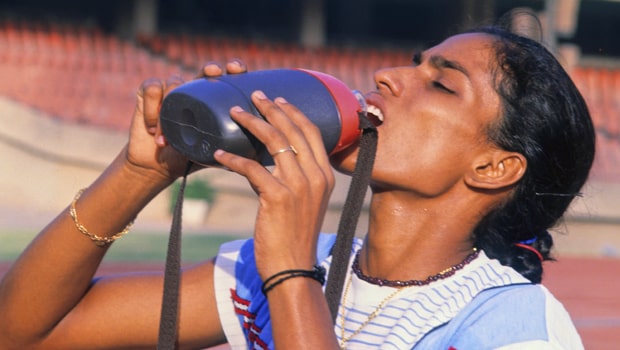 Former Indian sprinter and household name, PT Usaha has been elected as the new Indian Olympic Association (IOA) President. She created history by becoming the first woman to claim the seat of President at the IOA office and will look to work towards the development and growth of Olympic sports in India.

The announcement was made by Minister of Law and Justice in India, Kiren Rijiju who was also a former Sports Minister. The MP from Arunachal Pradesh congratulated the legendary athlete as she will take the office.

“Congratulations to legendary Golden Girl, Smt. P T Usha on being elected as the President of Indian Olympic Association. I also congratulate all the sporting heroes of our country on becoming the office bearers of the prestigious IOA! Nation is proud of them,” Rijiju tweeted.

PT Usha happens to be the first woman to hold his office as well as she let her intentions clear only a couple of days ago. While the elections were supposed to be held on December `10, PT Usha was the only candidate running for the seat so it goes without saying that she will be the new President of the prestigious Indian Olympic Association (IOA).

Nicknamed as the Payyoli Express for her speed and tenacity, PT Usha is one of the most acclaimed and renowned athletes from India. She has won 11 medals in total including four gold medals at the Asian Games between 1982 and 1994. She won four goal medal in Seoul, South Korea back in 1986. She won events such as 200 metres, 400 metres, 400 metres hurdles and also the 4×400 metres relay. She was absolutely fantastic and has been the flagbearer of athletics for the country over decades.

She finished fourth in 400 metres hurdles in the finals back in 1986 Olympics. The performance was so great that it allowed Indian kids to dream that they can also be one of the best at the biggest stage. Hence the results have been exceptional in recent years and under her leadership, the fans can only expect India to improve at the Olympics.

“With the warm support of my Fellow Athletes and National Federations I am humbled and honoured to accept and file for the Nomination of the President Of IOA!,” PT Usha tweeted. She was also nominated as a member of the Rajya Sabha by the Bharatiya Janta Party (BJP) in July.

The Indian sports fans are hopeful that someone as dynamic as PT Usha who was responsible for setting the trend in Olympic sports will improve the areas India is still lacking and will take a leader’s role in overall growth of sports in the country as we strive towards our common goal of becoming a global Sporting Nation.