Home » Other Sports » Golf » Shubhankar Sharma: I hope to carry on with my good form in Mauritius

Shubhankar Sharma: I hope to carry on with my good form in Mauritius 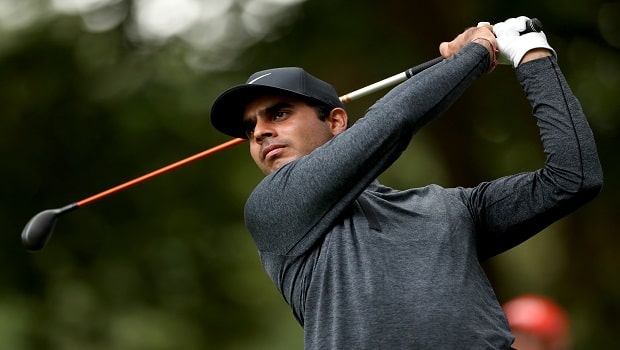 Indian golfer, Shubhankar Sharma, is hoping to continue to hit good balls ahead of Afrasia Bank Mauritius Open, which begins this week.

Sharma dropped to 241 in the world rankings from 116 at the end of last year. ASs he climbs bank the ladder after signs of good forms in the past week, he is determined to maintain the by climbing back on the ranking.

Speaking in an interview ahead of the first golf tournament to be tri-sanctioned by European, Asian and Sunshine Tours, Sharma pointed that he has been hitting the ball well, and playing some good golf for the past six-seven weeks and “hope to carry that form here.”

Mauritius, a small island on the Indian Ocean, off the eastern coast of southern Africa, will be hosting the fifth edition of the tournament this week.

Mark Twain had, at a time, said Mauritius was made before heaven because everyone that had visited the African country ever argues its beauty.

So, at the fifth edition of the 1-million-euro prize-money tournament begins at the Heritage Golf Club on the southwest coast of this African republic, 156 golfers will compete for the title.

The tournament is already headlined by a Major champion (Paul Lawrie), and host of Ryder Cup players and several multiple European Tour winners.

Other Indians who will be battling out include S Chikkarangappa, who was last yar’s runner up with two shots behind Kurt Kitayama, SSP Chawrasia, Gaganjeet Bhullar, Shiv Kapur, Jeev Milkha Singh, and Jyoti Randhawa.

As the competition kicks off, Sharma is expected to hit good balls in the prolonged lean phase and join other Indians to impress.
The 23-year had at the Turkish Airlines Open last month had bogey-free 64 that gave him a seventh-place finish, and that has boosted his confidence. With this feat, Sharma, who won two European Tour titles withing three months, is looking to continue his rich form at the picturesque Heritage Golf Club.

Being one of the four Indians to have participated in The Masters, he optimistic of an excellent performance against the likes of veteran Jeev Milkha Singh, Shiv Kapoor, SSP Chawrasia, Jyoti Randhawa, Gaganjeet Bhullar, Rahil Gangjee, Khalin Joshi and Chiragh Kumar who are his fellow men from India competing in the tri-sanctioned European Tour, Asian Tour and Sunshine Tour event.

Other Indian’s that would be in action are S Chikkarangappa, Udayan Mane, Abhijit Singh Chadha, Karandeep Kochhar, Viraj Madappa, Aman Raj and Aadil Bedi.
South African four-time European Tour winner who also won the 2015 edition, George Coetzee, will be in action with the hope of adding to his collection and scoop up the prize money.

Scottish player Paul Lawrie, who won The Open in 1999, Edoardo Molinari, who has also won the European Tour thrice, will also be in the fray.