Sunil Kumar qualifies for Gold Medal bout round in Rome 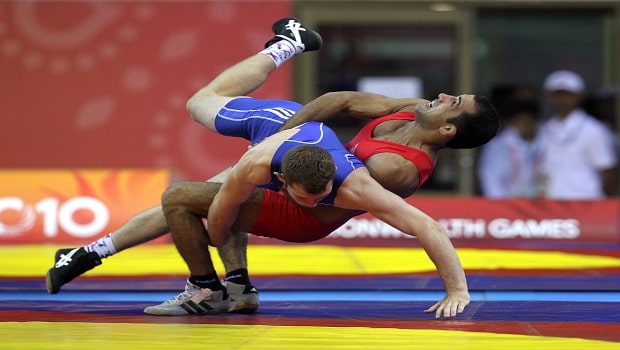 Indian star wrestler Sunil Kumar has reached the gold medal bout round in Rome in the opening day of the ranking series event.

The 21-year-old in his maiden senior-level appearance surprisingly reached the round where he is in contention to win a gold medal on Wednesday.

Starting in the 87kg category, Sunil kicked off with a 2-1 victory of American Patrick Anthony Martinez. He continued his impressive run by defeating Luiz Eduardo Avendano Roja from Venezuela in the Semi-finals. Sunil will now battle it our with Viktor Lorincz for the ultimate gold medal prize.

In this event, the Indians have been competing in six Olympic weight categories. Other two Indian wrestlers who are in contention for bronze medals in their various categories are Ashu [67kg], and Sachin Rana [60kg].

Ashu has been excellent as he defeats Italy’s Ignazio Sanfilippo by technical superiority in the repechage round he lost in the quarter-finals to Abouhalima Mohamed Elsaid 3-4.

On the other hand, Rana won a close quarter-final bout defeating Ukraine’s Ihor Kurochkin 5-4 before he lost his Semi-finals by technical superiority to Islomjon Bakhramov from Uzbekistan

Naveen and Hardeep Singh who were in the 130kg and 97kg respectively took a bow at the preliminary rounds of the event.

Naveen’s defeat was courtesy of China’s Lingzhe Meng losing 0-7. At the same time, Hardeep Singh couldn’t withstand the power of America’s Tracy Gangelo Hancock losing by technical superiority on the road to the pre-quarterfinal bout.