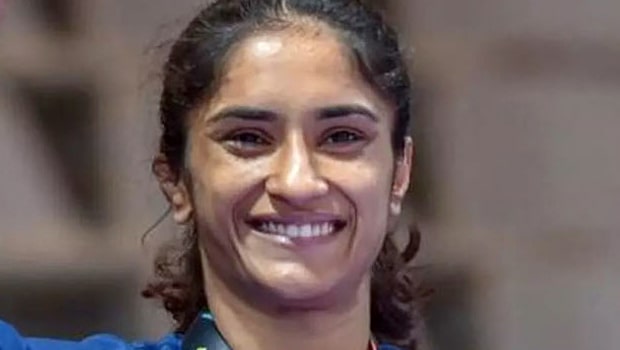 Reportedly Vinesh Phogat has sent an apology to the Wrestling Federation but they may still now allow her to participate at the World Championships.

The 26-year-old wrestler entered the Summer Games as the number one seed in her category. However, she only managed to reach the quarterfinals before losing out to Belarus’ Vanesa Kaladzinskaya. it was a huge disappointment for the wrestler as well as the Indian supporters who felt that Vinesh was a top contender for an Olympic medal mainly due to her exceptional form heading in the Summer Games.

The WFI then suspended the wrestler due to indiscipline as they claimed that Vinesh did not want to stay with the Indian contingent and also did not train with the likes of Sonam Malik, Seema Bisla and Anshu Malik at the Summer Games. She was also questioned for wearing her personal brand’s singlet rather than wearing the one assigned by the federation.

WFI has received the reply and Vinesh has apologised,” a source, aware of the developments, told PTI.

“But it is very much possible that despite the apology, she may not still be allowed to travel to the World Championship,” the sources added.

The World Championships are scheduled around October this year and will be held in Oslo, Norway. Keeping all the controversies aside, Vinesh is still one of the best wrestlers currently in the country. So her absence will be a big blow for India as well in such a big event.

WFI are also not happy with the way the wrestlers are managed as they feel that both JSW and Olympic Gold Quest (OGQ) are spoiling their athletes. Vinesh is supported by OGQ while Bajrang Punia is assisted by JSW.

WFI can still take time and rethink their decision on Vinesh as they only start the trials later this month.