Home » Other Sports » We can’t be satisfied with one gold medal, says Olympic champion Neeraj Chopra as he calls time on his 2021 season

We can’t be satisfied with one gold medal, says Olympic champion Neeraj Chopra as he calls time on his 2021 season 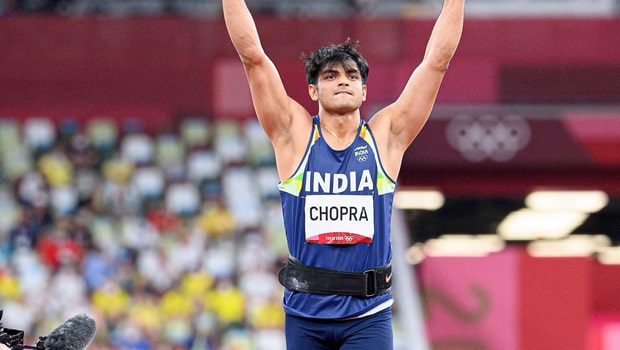 The Indian poster boy Neeraj Chopra who bagged a historic gold medal at the Tokyo Olympics has revealed that he is ending his 2021 season. He cuts his 2021 season short mainly due to lack of training since the Summer Games and also fatigue of travelling so many places.

He wants to start afresh in 2022 as the schedule is packed with the World Championships, Asian Games and Commonwealth Games, all scheduled in one year. He wants to be physically and mentally ready for the next year.

Ever since returning from Tokyo the javelin thrower has mainly attended numerous felicitation ceremonies and congratulatory events which has been a primary cause of his fatigue.

“The attention (after Olympic success) is indeed important, but there’s a Diamond League at the end of the month. I had planned to participate in it, but my training stopped completely once I returned from the Olympic Games because of the incessant number of functions,” Neeraj told The Times Of India in an interview.

“This is why I feel my fitness is not up there now. I can’t compete properly. That’s why I have to skip the event. I had planned to compete in at least two-three events, ” the 23-year-old added.

Neeraj is not happy with all the functions and all which has kept him busy since returning from Tokyo. He points out how his competitors are taking part in the Diamond League events despite turning up at the Olympics earlier. He feels that the culture should gradually change with more gold medals. “These things need to change in Indian sport. All other Olympic champions are participating in Diamond Leagues. Their season is continuing.

“We can’t be satisfied with one gold medal. We need to think at a global level. We need to continuously perform at global events like the Diamond Leagues,” Neeraj concluded.

The youngster who won India’s first Olympic medal in track and field events believes that this is only the start for him. He wants to break more records and achieve more milestones and perform in as many tournaments as possible. Therefore it will be interesting to see how he turns up next year with several events lined up.