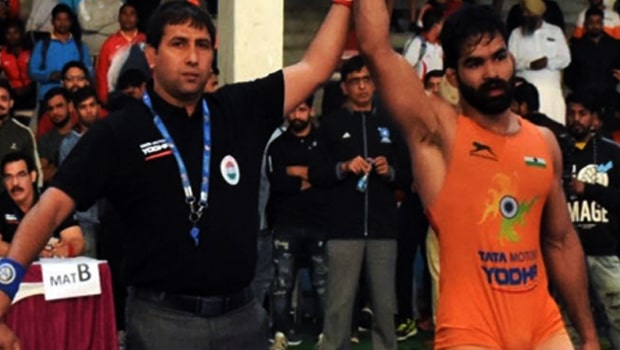 Asian Championship Silver Medalists Gurpreet Singh and Sunil Kumar lived up to their expectations after they both won Gold medals at the Tata Motors senior national wrestling championships, which came into conclusion on Sunday in line with Greco Roman style.

Punjabi born Gurpreet defeated two-time junior world championship medalist Sajan Bhanwal 3-1 I the 77kg category to lift his fourth national title. He [Sunil] also managed a comfortable win over Prabhat. The Railway’s grappler unleashed his full experience to demolish the Punjabi wrestler 5-1 in the 87kg category in the final.

Arjun’s whole represented Services in the 55kg category won against Ajay by technical superiority. Harpreet Singh, who was a silver medalist in the Asian Games, enjoyed the home support as he defeated Rajbir Chhikara of Railways 4-1 in the final of the 82kg category.

The first Greco-Roman [Hardeep Singh] wrestler to qualify for the Olympics, received a walkover against Ravi Rathi of Railways in the 97kg final category.

The Railway team finished on top of the log with 210 points ahead of services who has 170 points and Jharkand boasting of 109 points.

However, the Wrestling Federation of India[WFI] has earlier announced that Gold medalists will be included at the Nationals in the country’s squad for the South Asian games starting this December in Nepal.

Sakshi Malik will lead the seven-member men’s and women’s contingent together with Ravinder will lead the U-23 World Championship silver medalist.

A statement released by WFI president Brij Bhushan Sharan Singh revealed that the players had been chosen after fierce competition from the National Platform and him his extremely confident that the players will maintain the supremacy and defend their 2016 titles in both the men and women’s category. 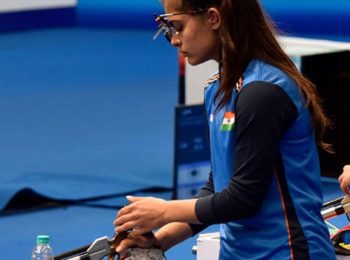 India should boycott Commonwealth Games this year to protest against the exclusion of shooting: Manu Bhaker

One sport where India have a lot of young talent is shooting with the emergence of  Manu Bhak... Read More