Ranjit Jadhav, who is a son of a great wrestling icon, attempted to attain the highest civilian honors [Bharat Ratna] for his late father on Wednesday.

Ranjit’s father was the first Indian to win an individual medal at the 1952 Olympics in Helsinki. However, Ranjiv revealed that all those years, they have failed to recognize him for a Padma Award. Khashaba Jadhav died in 1984. In 2001, He was only honored with the Arjuna Award.

In his father’s native village, Gokuleshwar, which is in the Satara district of Western  Maharashtra, Ranjit Jadhav stated that for the past 19 years, he’s working hard to ensure that his father gets a posthumous Bharat Ratna or at least a Padma award.

” My father died in 1984, and 17 years later was awarded an Arjuna award. He won an Olympic medal in 1952. Furthermore, if we take a look at the list of award winners from 1954 to 1984, several Olympic athletes got the Padma Shri award, and some even got the Padma Bhushan award. Still, only a few got the three, which includes the Padma Vibhushan.

“However, there was no Olympian, which includes the exclusion of Hockey star Major Dhyanchand and few other Hockey players. ”

Ranjit pinpointed his father’s greatness when he stressed on the fact that his father won an Olympic medal after a 44-year wait as an Indian after the 1952 Olympics.

He [Ranjit] went on to criticize the fact that Etka Kapoor was given Padma Shri award this Year without any relevant contribution to the sport.

He, however, implore the Union government to honor his father posthumously. 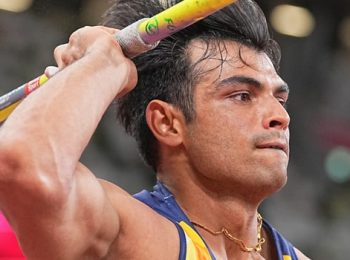