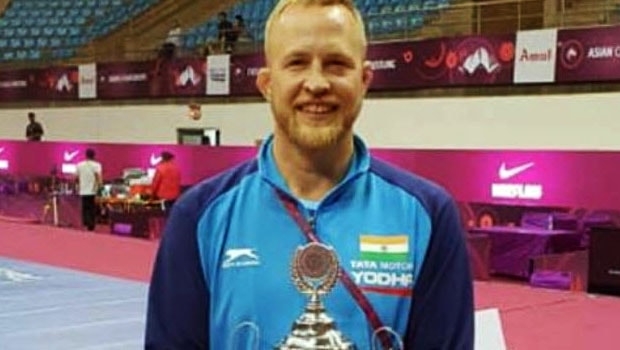 The foreign coaches for India wrestling Andrew Cook and Temo Kazarshvili have only received the half payment for March before leaving India as they keep on hoping if their remuneration and benefits for the month of April will be paid.

Andrew Cook, who is in charge of the Women’s team coach for Seattle in the United States on the 19th of March following the announcement made by the WFI [Wrestling Federation of India] to suspend the National camp based in Lucknow due to the COVID-19 outbreak.

1982, World Champion Kazarshvili who is also in charge of India’s Greco-Roman Wrestlers, followed Cook’s footsteps as he also exited India for Georgia following the suspension of the Men’s camp in Sonepat, India.

The Women’s team coach Andrew Cook revealed that it wasn’t his wish to leave back to the U.S as they had already approved all necessary applications for his departure, after which he received his March Salary, which was just half of total pay for that month. ” when I made inquiries about it [half month pay] they replied that my payment was on hold.”

“I haven’t received a dime since I have been home, and they want us to be available on zoom calls without pay. This isn’t fair at all. They have failed to honor their part of the contract.”

The gaffer revealed he had mauled the Sports Authority of India SAI and WFI Wrestling Federation of India without no response. Still, the WFI has assured me of getting my dues and payments with a contract extension till 2021 following the postponement of the Olympics by a year.

Cook’s Monthly benefits are about 4,500 USD, while that of Kazarshvili is 4000 USD. He admits he can’t wait to get back to action on the mat as he keeps constant touch with his wrestlers.

“I can’t just imagine sitting at home doing nothing as I am desperate to get back to the mat. I keep constant touch with my wards Pooja Dhanda Sakshi Malik,  Kiran with ten others via chats.”. He said. 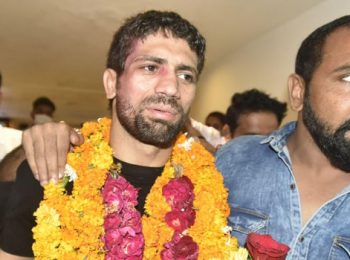