Home » Tennis » A battle against ‘God’: How Sumit Nagal stood up and stood out against Roger Federer

A battle against ‘God’: How Sumit Nagal stood up and stood out against Roger Federer 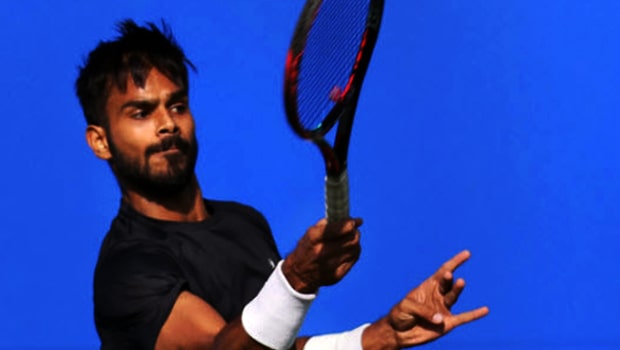 The year’s final Grand Slam, the US Open, kicked off on Sunday and the sport’s usual suspects dominated the headlines in the build-up to Sunday’s opening match. But buried among the frenzy was the story of a 21-year-old Indian boy, Sumit Nagal, who had earned a date with destiny, a match against Roger Federer at the Arthur Ashe Stadium in the first round at the Flushing Meadows. More on Indian tennis news.

To the tennis fraternity, the story didn’t matter. After all, it’s Roger Federer. It doesn’t matter who he faces in the first, the second, the third or even the fourth round of a Grand Slam tournament. The cynosure on Federer is such that the only players in his draw that matter are the Nadals and the Novaks of the world and anybody else primed to face the great Swiss is just a formality. But Sumit Nagal proved otherwise.

This 21-year-old kid entered the main draw the hard way. Ranked 190th in the world, the Delhi-native had to play three qualifiers this past week just to make it to the first round of the US Open. He swatted away Tatsuma Ito and Peter Polansky in the first and second qualifying round with ease in straight sets before winning a three-setter against Brazilian Joao Menezes to earn a third career Grand Slam appearance. So, when the Indian had to fight tooth and nail just to earn a chance of playing in the first round at the Flushing Meadows, he made sure he threw the kitchen sink at the 20-time Grand Slam champion when he got there.

For over half an hour into their duel on Tuesday, you couldn’t tell the US Open rookie and the five-time champion apart. The 21-year-old matched Federer stroke-for-stroke, frustrating the Swiss maestro and silencing, a worried, Arthur Ashe Stadium. While both players were dominant on their first serves, Nagal outfoxed the veteran on the second, winning 69% of Federer’s second points. He broke Federer twice in the opening set, once in his opening service game and the other time at 4-4, which gave him the chance to serve for the set. While Federer made life difficult and won the first two points off Nagal’s serve in the 10th game, the 21-year-old showed nerves of steel, won the next four points on the trot to do the unthinkable and stun the crowd inside the Arthur Ashe Stadium. The rookie took a set off the greatest tennis player of all time and one of the favourites to lift the title.

But Nagal’s fairy tale didn’t last long. Federer came out all guns blazing in the second set and Nagal had no response. He held serve just thrice over the next two sets and lost them, 6-1, 6-2, leaving him a mountain to climb if he were to cause the greatest upset in tennis history. He lost serve in the opening game of the fourth set and that was what many assumed was the metaphorical, nail in Nagal’s coffin. But, the 21-year-old had other thoughts. Just two games later, he broke back and brought parity to the scoreline at 2-2. The upset was back for a fleeting moment before Federer broke his serve again, and this time for good, eventually taking the set and the match in four.

While we rightfully celebrate the spirited show of #SumitNagal let’s not loose perspective.We need to a lot of work to do to produce asingles grandslam champion from india. Sumit shows us we can ,we must follow through on it by creating champions! #Grassroots #science #talentid

The result was one that everyone expected, but the manner in which the match transpired was surprising for one and all. Federer went on to say after the match that he expects Nagal to have a “solid career” in tennis. Just 21, Nagal has years to achieve big things in a sport that isn’t mainstream in his country of 1.3 billion people. But before he writes the next big chapter of his career, Nagal will be remembered as the guy who boxed with God and landed a couple of hefty uppercuts. More on Tennis news Federer updates.