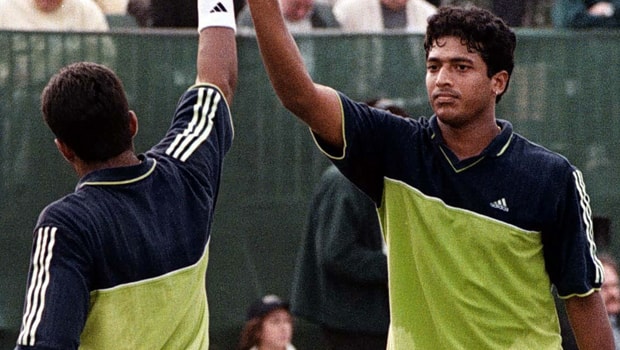 After becoming the first India pair to reach the final of a grand slam in 1999,  Leander Paes and Mahesh Bhupathi have been one of the most successful tennis pair in the game.

The pair won the French Open and Wimbledon as top seeds. In reminiscence, the year 1999 was historic for Indian tennis when Leander Paes and Mahesh Bhupathi became the first Indian pair to win the 1999 French Open. The historic event was celebrated across the country.

Unfortunately, in the last ten years, India has not witnessed much success in tennis, especially. The dearth of the success was after the Krishnan’s and the Amritrajs.

Having established themselves as top seeds in the 1990s, Paes and Bhupathi, Paes won the Olympic bronze medal in 1996 but had to pair Bhupathi to the first Grand Slam won by an Indian at the 1997 French Open.

Although their success was unprecedented, they emerged as winners of all Grand Slams in the Open era with the French Open and Wimbledon success.

Unfortunately, it was inevitable that the “Indian Express” won’t be consistent over the years after winning six ATP tour titles in 1997, and got to the semi-finals of three Grand Slam in 1998. With their success, Paes and Bhupathi became huge influence in Indian sport, raking in the audience and money.

The duo has been considered as one of the most attuned men’s doubles players in the game. Paes is known for his wizardry at the net, which was well complemented by Bhupathi, who is an excellent player, excellent from the baseline.

They are also famous for their well-orchestrated chest-bumps after winning a tough point or a set. Their success got enhanced by their friendship and camaraderie on court three years from 1997 Chennai Open. During the year under review, they won their first title together, which was a sign of the good things to come for Indian tennis. The success was an unforgettable time that was rarely seen in India.

After losing in the semi-final of the US Open in 1997, which was their first Grand Slam feat as 10th seeds to eventual champions Yevgeny Kafelnikov and Daniel Vacek, the pair never looked back despite crashing out in the semi-finals in three out of the four Grand Slams in 1998.

They eventually got their first title together in the final of the next Grand Slam, the French Open. This time around, they defeated the unseeded team of Goran Ivanisevic and Jeff Tarango, 6–2, 7–5.

The rest they say is history as it was almost unimaginable for the India pair to record such success at the highest level of tennis.