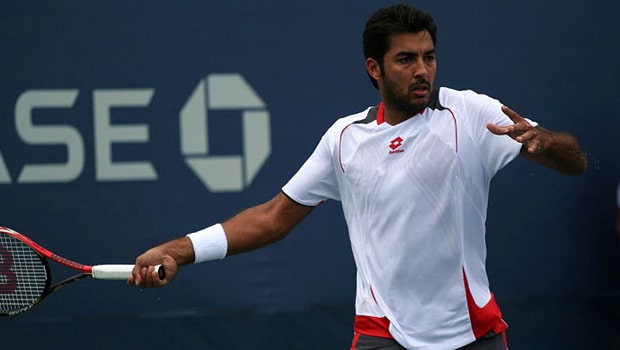 Pakistan’s top tennis player, Aisam ul Haq Qureshi, has said he would not play the India -Pakistan Davis Cup game unless the tie is hosted in Islamabad.

The doubles player is refusing to participate in the game in protest against the International Tennis Federation’s (ITF) decision to move the tie from Islamabad to a neutral venue. It was gathered that Kazakhstan could be chosen as a neutral venue.
Aisam took to his Instagram page to explain his decision. He was clear that he won’t participate in the game unless the condition is met.

In his address to the Pakistani Tennis Federation (PTF) President, Salim Saifullah Aisam expressed his sadness over the decision of ITF in taking away Pakistan’s right to hold the tie against India at their home ground.

While claiming that ITF decided to host the tie outside Pakistan at a neutral venue under Indian influence, the player lamented that the attitude of the ruling body and All Indian Tennis Association (AITF) towards Pakistan is highly deplorable.

Pakistan has suffered from a war situation that has left many dead. The decision of the ruling body may be due to the safety concerns of the stakeholders of the game.

Aisam who dismissed any threat on Indian tennis team pointed out that hundreds of Indians are regular visitors in Pakistan who came to perform their religious activities in various places like Kartarpur, Nankana Sahib and Taxila. He added that there has not been a single incident of violence or mishandling with any Indian National ever in Pakistan over the years.

While reminding the ITF of the recent high profile visit of the British Royal family to the country during which the Royal couple visited several cities in Pakistan, including Islamabad, Lahore, and Chitral. He also reminded the regulators that the Queen of Holland would be visiting Pakistan this week.

While stating that football stars like Kaka, Figo, and Puyol recently visited Pakistan, he wonders what the safety concern is all about a few Indian Tennis team members after being assured extremely high-level security protocol.

He further stated that Pakistani security forces should not be insulted as they can ensure adequate safety and security for a few member Indian tennis team.

He concluded that if ITF does not correct “their wrong decision then as a protest against this unjust, unfair and biased decision, I want to raise my voice and hereby announce not to participate in this tie if it takes place outside Pakistan.”