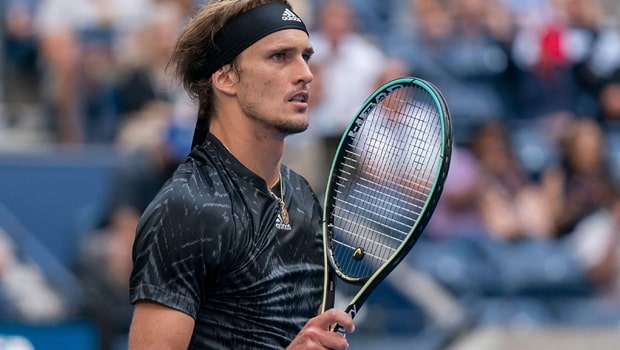 Germany’s Alexander Zverev continued his good form in the US Open as he defeated South Africa’s Lloyd Harris in straight sets by a 7-6(6), 6-3, 6-4 to book his semifinals berth. Zverev has been at his best in the recent past and he will look to continue his good form in the last two matches of the tournament.

Meanwhile, Harris had a chance to seal the first set as he was serving for it at 5-3 but Zverev was able to get his break back. The set went into the tiebreaker and the German was able to clinch it. Zverev then had no issues in winning the next two sets to complete a comprehensive victory.

“He served incredibly in the first set, so I didn’t have a lot of chances. I somehow managed to win the first set and that loosened me up a little bit,” Zverev said.

Zverev has won 16 matches on the trot and he has definitely shown that he can go all the way in the competition. This is Zverev’s second consecutive US Open semifinal and he has dropped only one set in the ongoing tourney.

Zverev smashed 20 aces during his quarterfinal clash and won 82% of points on his first serve. The German once again highlighted that the serve is the potent weapon in his armory.

“The serve is the shot I’ve spent the most time on, it’s the shot that I’ve got to practise the most,” Zverev said. “At some point I feel like, if you work very hard, you’re doing the right things, it will come together. Maybe that’s what’s happening right now.”

Zverev is looking to join Andy Murray as the second player to win Olympics Gold and the US Open in the same year. The 24-year old from Hamburg will now face Novak Djokovic in the semifinal, which will be the ultimate test for him. Zverev had beaten Djokovic in the semifinal of the Tokyo Olympics and he will look to replicate the same success in the all-important game.