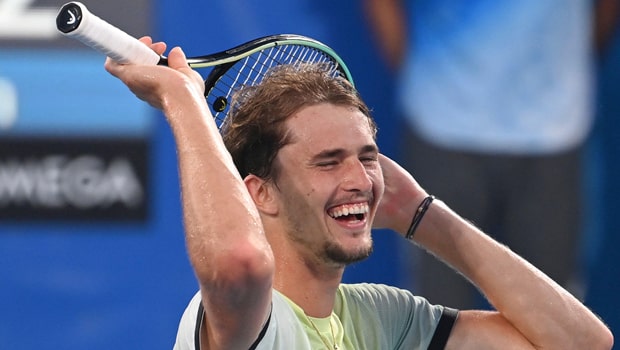 Two-time French Open runners-up Alex Corretja has backed Alexander Zverev to win many Grand slams titles in his career. Zverev has been in top form as recently won a Gold medal at the Tokyo Olympics and backed his win with his fifth ATP 1000 Masters title as he clinched the Western and Southern Open in Cincinnati last week.

The German has been playing at the top of his game and had ended Novak Djokovic’s dream run in the Tokyo Olympics semifinals. Thus, the 24-year old is high on confidence and he will look to go all the way in the US Open.

Meanwhile, Zverev had lost the final of US Open 2020 against Dominic Thiem despite having a two sets lead. Corretja feels Zverev has certainly improved his game and his recent victories will give him a lot of confidence.

On the other hand, Novak Djokovic will be chasing Calendar slam but the Spaniard feels it will be tough for the Serbian to beat Zverev and the no.2 seed Daniil Medvedev.

“I think both Alex and Daniil Medvedev will be the toughest guys to beat for Novak Djokovic, for sure,” Corretja said. “I think Sascha is now convinced that he can win the big titles. Before, I think he felt he was a very good player, but I think he still felt there was something missing. Now he has got more experience, he is more relaxed with himself, he is more calm. He is controlling his emotions more.”

“He knows his serve is now a big weapon, his forehand is way better now and he has found a good balance between being aggressive and defensive and not just being passive.”

The 47-year old Corretja feels Zverev is now ready to win Grand slam titles as he has improved significantly and he is more matured as a player.

“I think he is ready to win a Slam, last year he was very close but now I see that he thinks he is convinced he can do it. “Winning a gold gave him so much confidence but winning in Cincinnati proved that he is more mature right now. I’m not sure he will win in New York, but I really believe he won’t just win one major, he will win many more.” he added.