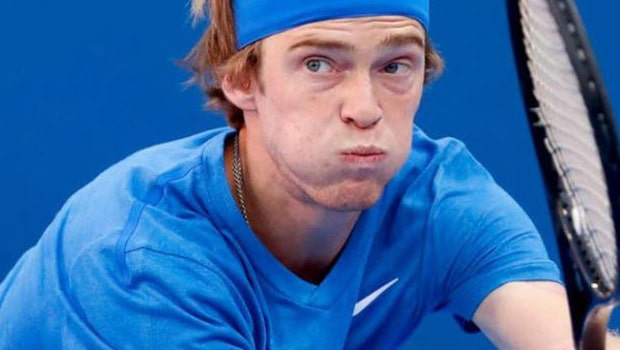 Russian rising star Andrey Rublev has impressed one and all with his skills in his young career. Rublev recently made his entry into the top 10 players in the ATP rankings and he is proving why he deserves a place among the best players in the game.

Rublev clinched the Erste Bank Open after defeating Italian Lorenzo Sonego in straight sets. This is fifth ATP-leading tour title for the Russian as he won 6-4, 6-4. It was a complete performance from the 23-year youngster as he was too good for the Italian. Rublev took only 79 minutes to finish off the game.

In fact, Lorenzo Sonego had surprised the World No. 1 Novak Djokovic by 6-2, 6-1 in the quarterfinal of the Vienna Open.

After winning the ATP Vienna Open 2020, Rublev clinched his 39th win of the season and thus equalled Novak Djokovic’s tally of most wins in this year. Thus, it has been a fine season for the youngster.

Meanwhile, after a fine win at the ATP Vienna Open 2020, Rublev has made his way into the Nitto ATP Finals at London’s O2 Arena, for the first time in his young career. The season-ending event, which features the men’s Top-16 players in the rankings, will be held from November 15 to 22.

Rublev is currently placed at the eight place in the ATP rankings and he would aim to continue the good show going in the coming tournaments.