Andrey Rublev levels with Novak Djokovic for most titles in 2020 after winning St. Petersburg Open 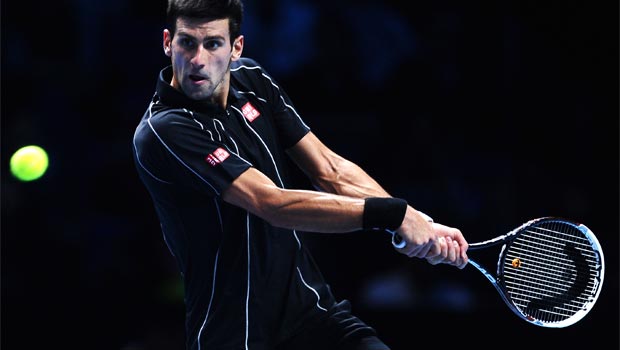 Russia’s Andrey Rublev has been in sublime form this year and has impressed one and all with his skills. Rublev was on fire as he defeated Borin Coric to win the St. Petersburg Open by 7-6, 6-4 in the finals.

This is the fourth title of 2020 for the Russian and he has levelled with World No. 1 Novak Djokovic. The Serbian had a chance to win his fifth title of the year at the French Open but he was blown away by Rafael Nadal.

Meanwhile, Andrey Rublev and Borin Coric fought tooth and nail in the first set. The Russian had a break point at 2-3 but he was not able to convert. Both the players were brilliant with their serve and the first set went into the tie breaker.

Coric was able to take the lead by getting a mini-break but once again could not grab his chance. Rublev finally bagged the first set by 7-5 in the tie breaker to take a 1-0 lead in the match. The first set lasted for more than an hour.

In the second set, both players were once again able to hold on to their serve. However, Coric could not hold his serve at 2-2 and Rublev didn’t shell this chance.

The Russian was able to keep the break and took the second set by 6-4 to win his fourth title of the year. It was another fine performance from the youngster and he would look to continue the same form.

Meanwhile, Andrey Rublev had earlier broken into the top 10 ATP rankings. Currently, the 22-year old is at the 10th rank in the table. Rublev has shown top form and if he can continue the same, he will be able to qualify for the ATP World Tour finals this year.