Andy Murray ruled out of Miami Open due to groin injury 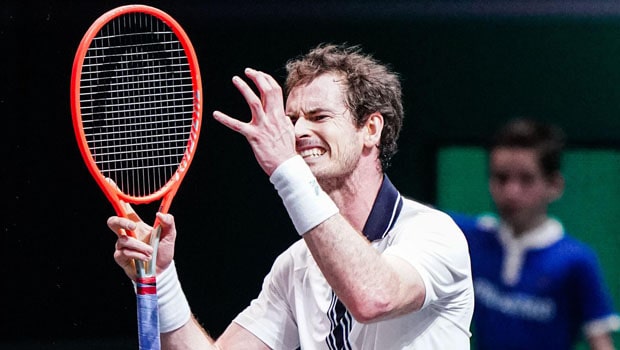 Former World No. 1 Andy Murray has been ruled out of Miami Open due to a left groin injury, according to ATP. Murray hasn’t called any press conference to confirm the news. Thus, the British player won’t be back on favourable grass-court until June.

It has been difficult last couple of years for Murray after he underwent hip surgery. As Murray has been once again ruled out until June, he won’t be able to participate in the clay-court season, including the French Open. However, there is no confirmation regarding the same.

Meanwhile, if Murray comes back on the court in June, he will try to play a few tournaments in order to prepare for the Wimbledon Championship 2021. The Briton will definitely like to be ready for the grass-court season and he will aim to be at his best in the tournament, which he has won twice in his career.

On the other hand, Murray didn’t had a great start to the 2021 season as he couldn’t even qualify for the qualifiers of the 2021 Australian Open. It was then reported that Murray was all set to receive a wild card for the first slam of the year but could not travel to Australia as he was tested positive for Coronavirus before the event.

In fact, Murray had also received a wild card for the French Open 2020 but he was knocked in the first round in straight sets by Stan Wawrinka.

Murray started his 2021 season at the Challenger Biella where he ended as the runners-up of the event. However, barring the Challenger Biella, it has been a disappointing season for Murray. He lost to Egor Gerasimov in straight sets in the first round at Open Sud de France 2021. Subsequently, he lost to Andrey Rublev in pre-quarters at the Rotterdam Open.

Thus, Murray will aim to make a roaring comeback after recovering from injury.