AO 2021: I am speechless – Stefanos Tsitsipas after thrilling win over Rafael Nadal 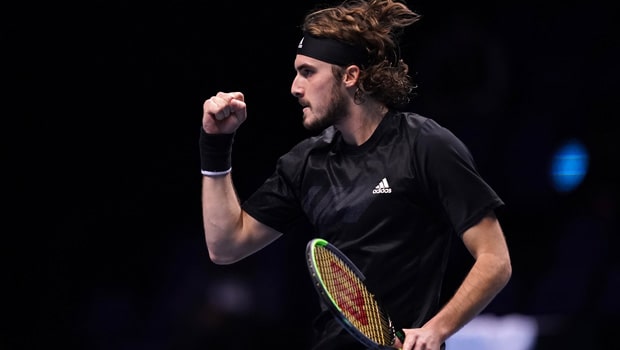 The Greece Tennis sensation Stefanos Tsitsipas stunned World No. 2 Rafael Nadal in the quarter-finals of the Australian Open in a marathon clash, which lasted for four hours and five minutes. The Greek lost the first two sets but made a roaring comeback to win by 3-6, 2-6, 7-6, 6-4, 7-5 at the Rod Laver Arena on Wednesday.

Thus, the 22-year old youngster has become the second player in the slam history of 225 matches to defeat Rafael Nadal after he was two sets down. The prodigy made a fantastic comeback in the third set and won it in the tiebreaker.

Tsitsipas then was able to break Nadal’s serve in the 11th game of the fourth set. The youngster was timing and powering the ball to perfection and Nadal had no answers to his potent returns.

Tsitsipas was strong on his backhand and played at the top of his game. In fact, Tsitsipas couldn’t convert two match points but didn’t let go the third one to triumph over Nadal.

Tsitsipas said after the completion of the match, “I’m speechless. I have no words to describe what has just happened out on the court. My tennis speaks for itself. It’s an unbelievable feeling to be able to fight at such a level. And to leave my all out on the court. I started very nervously, I won’t lie.”

The Greek showed great resistance in his game and kept fighting despite being two sets down. Nadal had the momentum on his side after winning the first two sets but Tsitsipas was able to bring his best Tennis to the table.

The No. 5 seed must have grown in confidence after a thrilling win over one of the best players of the game. Tsitsipas will look to continue the good show and he will have his work cut out against Russain, Daniil Medvedev, who has won 19 consecutive matches.

The semi-final between Medvedev and Tsitsipas will take place at the Rod Laver Arena on Friday.