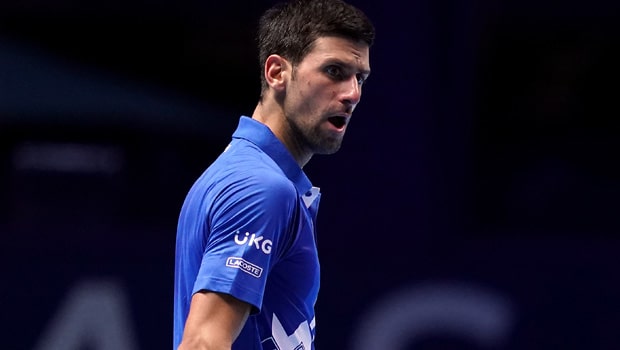 The World No.1 Novak Djokovic had to work hard for his victory in the second round match of the Australian Open against America’s Frances Tiafoe. The Serbian took a total of three hours and thirty minutes to win by 6-3 6-7, 7-6 6-3. Thus, Djokovic had to sweat it out for his win.

Meanwhile, Djokovic also reflected on a crucial stage of the match. At 30-30, Tiafoe couldn’t hit his first serve on time and as a result, he had to lose out on his first serve. This worked in Djokovic’s favour as he went on to break Tiafoe’s serve and earned a break.

Djokovic feels his opponent was a bit unlucky as he had to lose out on his serve.

“He gave it his all and an unfortunate warning for him at 30-30 when I broke his serve, these kind of things are just unlucky. He deserved to have the first serve and to play it out all the way through. It is what it is and hopefully, he can have a great year.”

On the other hand, Djokovic feels the matches will get tougher as the tournament will progress to the later stages. The Serbian feels he was a tad lucky to win the third set through the tiebreaker as it could have been anybody’s game.

The 33-year-old added, “The matches are only going to get tougher with higher seeds and opponents along the way. It’s not the first time I’m in this situation. I know how to handle this kind of circumstance but at the same time, I was fortunate to get through the third set today. It was really anybody’s game.”

Meanwhile, Djokovic was not at all happy with his own play in the third set, which went down to the tiebreaker and the same was palpable on his face. Djokovic has won eight Australian Open titles and he will try to defend his title. The World No. 1 will next face America’s Taylor Fritz in the third round on Friday.