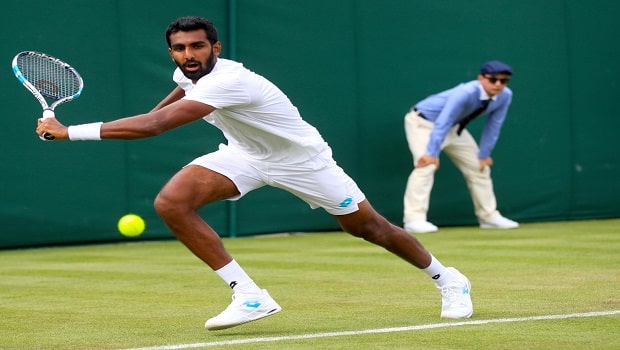 India number one tennis player, Prajnesh Gunneswaran has progressed to the final qualifying round of the first grand slam of the year; Australian Open.

The top single player is now a win away from sealing a place in the main draw after his progress to the final round of the qualifiers. His dream of making it to the grand slam is looking likely.

However, it was a bad day for his compatriot Sumit Nagal who lost out in his bid to play in Australia against the top players on Thursday.
Nagal, who is seeded 21st in the qualifiers couldn’t win a set as he suffered a straight-set loss in the first round to crash out of the men’s singles qualifiers.
Nagal was ousted by Mohamed Safwat of Egypt in a 7-6 (2) 6-2 win after a one hour and 28-minute contest.

The top player who is seeded 17th in the qualifiers will have to overcome Ernests Gulbis of Latvia in the final round to get to the main draw.
Gulbis, on the other hand, sent Argentina’s Federico Coria packing with a 6-3 1-6 6-2 win in another second round qualifying match.

Prajnesh had progressed to the current stage after defeating local wild card Harry Bourchier 6-2 6-4 in the opening round.

Recall that Ramkumar Ramanathan couldn’t progress on Tuesday after making an early exit along with lone Indian contender in women’s singles qualifier, Anikta Raina was ousted by Bulgaria’s Viktoriya Tomova in a 2-6, 6-7(2) defeat.

Ramkumar failed to keep his one-set advantage against 15th seed Argentine. He lost steam and it costed him to suffer a 6-4, 4-6, 1-6 defeat. This is another collapse for him in the Qualifiers of a Grand Slam.

With the latest development, Prajnesh, who competed in main draws of all four majors last year looked to be on course to repeat the feat.