Australian Open: Sania Mirza, Rohan Bopanna to partner each other in mixed doubles 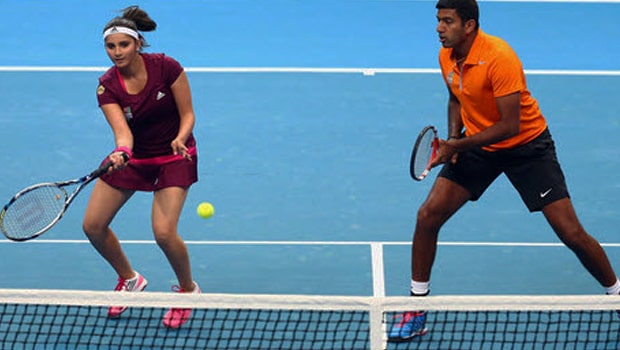 Top Indian tennis players, Sania Mirza, Rohan Bopanna, will partner with each other in mixed doubles at the Australian Open.

It could be recalled that the duo last played together as a team in the Rio Olympics in 2016, where they finished fourth.

The New Indian Express reports that Mirza had initially planned to partner with Rajeev Ram at the first Grand Slam of the year but the latter to pull out.

Speaking on the development, Bopanna, who recently won the first doubles title of the season, in the $1,465,260 ATP tennis tournament in Doha, expressed excitement over the news.

While noting that partners from the same countries are usually rare, the newly crowned double champion is looking forward to their relationship on the court.

The latest win by Bopanna means that he has started his season with an ATP 250 title for the second year in a row in the competition he partnered with Wesley Koolhof of Netherlands.

He will also be participating in the men’s doubles at the first grand slam of the year in Melbourne by partnering with Japan’s Yasutaka Uchiyama.

Recall that Mirza recently made her comeback into the sport after a two-year maternity break for her son. She has now joined the likes of Serena Williams as a mother to play the game she loves, by featuring in her first appearance at a Major tournament.

Bopanna had won the ATP tennis tournament in Doha, Qatar, in partnership with Koolhof by beating Luke Bambridge and Santiago Gonzalez 3-6, 6-2, 10-6.

They progressed to the final knocking out the second seeds Henri Kontinen and Franco Skugor 7-5, 6-2, in the semi-final earlier in the day. They win earned them 250 ATP points and $76,870.

It is expected that the partnership of the veteran will bring about good results that will be better than their last outing in 2016.

Mira will get a big boost to at least get to the final of either event as she set to also participate in the female doubles.