Home » Tennis » COVID-19: Sania Mirza speaks for those struggling to get food at the moment

COVID-19: Sania Mirza speaks for those struggling to get food at the moment 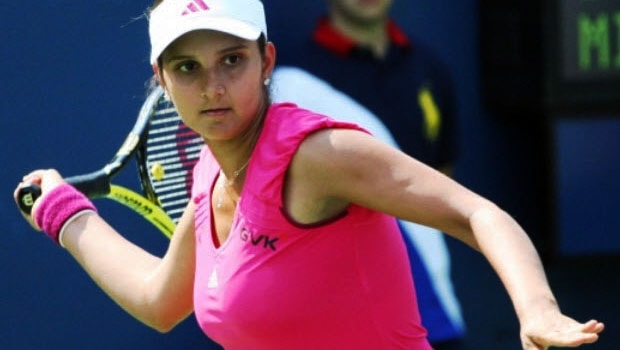 India most decorated athlete, Sania Mirza has said she can’t wait to get back to the tennis court.

COVID-19 pandemic has made the world to standstill at the moment due to lockdown. The Indian authorities have recently extended the 21-day curfew which was expected to expire today for another three weeks due to increase in the cases of infection.

The situation has made sporting events to be either cancelled or suspended globally.  The pandemic has also led to the death of 105,000 people and over 1,300,000 have been infected.

Frustrated about the whole situation, Sania took to her Twitter to say she is waiting to play the game again.

The Grand Slam winner has in recent days expressed her displesure in the rise in the number of cooking posts of athletes and other celebrities on social media with everyone indoors to fight the coronavirus pandemic.

While stating that putting such pictures on social media in difficult times is unwanted, she wondered if her coleague and other celebrities are not done with posting cooking videos and food pictures.

Although she noted that they have the right to do whatever they want, the tennis player pointed that that at the same time, there are mahy people out there starving to death as they struggle to look for food due to the situation. She added that they are even lucky at time to find in a day.

It could be recalled that Sania returned to the court early in the year after giving birth to her child in October 2018 and overcoming an injury. On her comeback, she scooped the women’s doubles title at Hobart International with her double partner, Nadiia Kichenok.

She was later injured and was a doubt for Indian national team but later made it. Sania also shared a photo of her son recently holding a tennis racquet in hand, with a confused look.

Sania who last played at the Qatar Open in February has been part of the India athletes that have helped raised money for the fight against the pandemic. The mother of one helped raise Rs 1.25 crore in a week to help close to 1 lakh people in need during the lockdown.