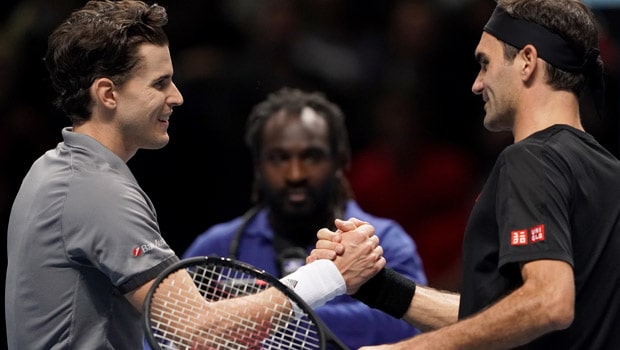 Tennis legend Roger Federer has inspired many boys and girls to take up the sport. The aura of Federer is unmatched and he is loved all across the world for his sportsman spirit. The class with which Federer has played over the years is unbelievable and he is the heartbeat of the tennis fans. Federer has also inspired Dominic Thiem.

The US Open 2020 champion Dominic Thiem recalled his first meeting with superstar Roger Federer. Thiem revealed he was only 16 years old when he got a chance to practice with Federer for the first time at the Aorangi Park at Wimbledon. It was a surreal feeling for the Austrian and he was also nervous at the same time. However, he was soon able to find his groove.

Thiem has great respect for Roger and he was on cloud nine after he got an opportunity to practice with the legend.

“When I was a 16-year-old junior I was allowed to practice with him for the first time at the Aorangi Park at Wimbledon. At the beginning I was super nervous, I hardly hit a ball over the net. After some minutes I settled in. Never ever had I thought I would ever beat Roger one day,” Thiem recalled.

Thiem also revealed why Federer is one of his favourite athletes in the world. Thiem said: “Because he is an exceptional person. He represents the idea of a superstar!”

On the other hand, Dominic also recalled his first win over Roger Federer when he defeated him in Rome in 2016. However, Thiem admits Federer was not at the top of his game as he was unfit. Thiem feels the Indian Wells win over Federer is one of the most outstanding victories for him.

“It was in Rome in 2016. Although it clearly needs to be stated that he was far from being physically fit in that round of 16. He had obvious back issues. However, it was a special day for me! The most outstanding win was in the final of Indian Wells. His stardom around the world is tremendous, even more so in the US. The people like him everywhere!”

Meanwhile, the US Open 2020 champion has decided to skip all clay events before French Open, which is all set to begin from September 20. On the other hand, Roger Federer had earlier pulled out of 2020 due to injury woes. 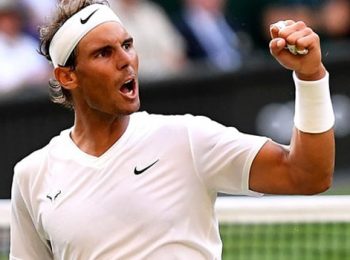