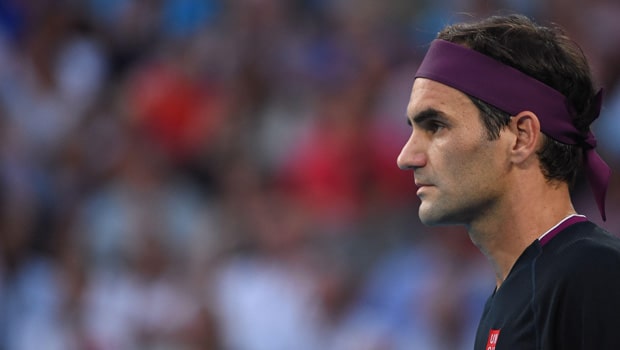 The Greek player Stefanos Tsitsipas has revealed that Swiss maestro Roger Federer has always been his idol from childhood days. Federer is one of the best players in the Tennis world and he has been a consistent performer. The class with which Federer plays is outstanding and he has set high standards.

On the other hand, Novak Djokovic has been at his best in the last decade and he has given a run for their money to Federer and Rafael Nadal. Djokovic recently won his 18th slam title after he won the Australian Open by defeating Daniil Medvedev in the final. Thus, Djokovic is two titles away from matching the tally of Federer and Nadal, who both have won 20 slams.

Furthermore, Djokovic has tied Roger Federer’s record of spending 310 weeks as a World No. 1. The Serbian will leapfrog Federer in the following week.

Meanwhile, Tsitsipas heaped praise on Federer as well as Djokovic for raising the bar too high for the next generation.

The 22-year-old Greek athlete said, “It’s unbelievable. Federer in my eyes has done incredible things in tennis. Not that Djokovic hasn’t done it, but for me, Federer has always been an idol I grew up with. The things Djokovic has accomplished later. The last 7-8 years are unthinkable. It has raised its level so much, every year it seems to get better. All I can say is a big thumbs up.”

On the other hand, the next generation of players like – Dominic Thiem, Alexander Zverev, Daniil Medvedev, and Tsitsipas himself have shown the skills to go a long way in their career. The 22-year old feels the next generation has similar skills to replicate what the Big three have achieved in the sport.

“I think the new generation could do something similar, I do not think anyone 15 years ago expected Federer to surpass the Sampras record. It is difficult to predict what will happen. We as a new generation have many players. that they can offer in tennis.”

Meanwhile, Tsitsipas had stunned Rafael Nadal in the quarter-final of the Australian Open after being two sets down. However, Tsitsipas’ journey ended when he lost to Daniil Medvedev in the semi-finals.