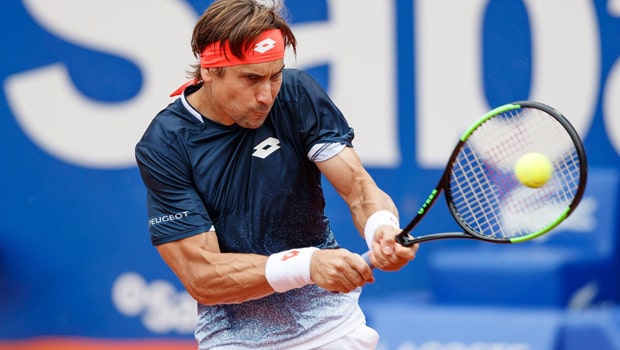 Former World No. 3 David Ferrer feels compatriot Rafael Nadal has some chance of winning the Australian Open 2022 even against the in-form Novak Djokovic. The Spaniard recently appeared on Sky Sports for an interview where he discussed Djokovic’s chances of winning the 21st Grand Slam in Melbourne next month.

But Ferrer believes in his compatriot despite Nadal’s recent injury concerns. He feels the 34-year can stun everyone by winning the upcoming Australian Open.

“At the moment, Djokovic is playing well and he is healthy,” Ferrer said. “But I also think Rafael Nadal has a chance to win the Australian Open, for sure.”

Ferrer agreed that Djokovic is one of the best in the circuit but according to him the 2022 Grand Slam calendar will be very competitive. “It’s going to be close next year,” Ferrer said. “But Novak’s one of the best players on the planet.”

The Spaniard also discussed Roger Federer’s current situation. He feels that with the Swiss maestro’s current fitness condition, it will be tough for Federer to pull ahead of Djokovic or Nadal in terms of Grand Slam count. Roger Federer is all set to miss the Australian Open 2022 and may very well miss next year’s Wimbledon.

“The problem for Roger Federer is that he won’t play Australia,” Ferrer said. “And there are serious doubts about whether he will play at Wimbledon.”

David Ferrer clearly stated that one should not compare this generation’s ATP Players with the likes of Novak Djokovic, Rafael Nadal and Roger Federer. He feels it is impossible to match the talent of three of the greatest players to grace the sport. But he also highlighted how the new talents are getting better with every passing year.

Daniil Medvedev has been pretty consistent and he won his first Grand Slam at th US Open whereas Alexander Zverev has matured a lot and won the gold medal at the Tokyo Olympics.

“We cannot compare this generation with Rafael Nadal, Roger Federer and Novak Djokovic because that’s impossible. They’re the best three players in history,” Ferrer said. “But the Next Gen are improving every year.”

It will be interesting to see what happens in the next calendar and whether Rafael Nadal manages to stand up to his compatriot’s level. There will be eyes on the next generation of stars as well.