Home » Tennis » French Open 2020: I will never use the new balls as an excuse – Rafael Nadal

French Open 2020: I will never use the new balls as an excuse – Rafael Nadal 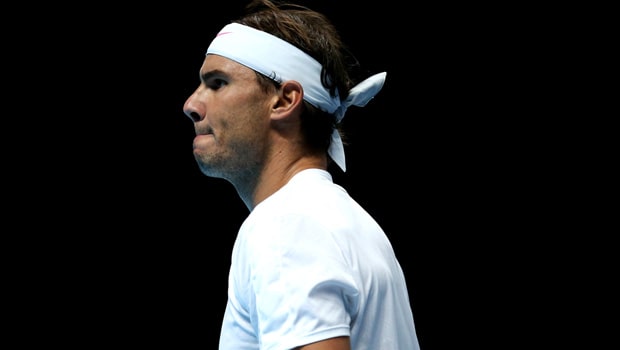 The French Open defending champion Rafael Nadal had no issues in cruising to the second round of the ongoing tournament. Nadal comfortably defeated Egor Gerasimov in straight sets by 6-4, 6-4 and 6-2. The Spainiard is looking to clinch his 13th title at the Roland Garros and he took a step closer to the crown on Monday.

Nadal already has 19 Grand slam titles under his belt and one more title will help him equal Roger Federer’s record of 20 titles. Meanwhile, Nadal had recently stated the new Wilson balls, which are slower in speed, will not suit his game at the French Open 2020.

Furthermore, the heavier conditions of Paris might make it difficult for him to defend his title. However, Nadal clarified that he won’t use the new balls as an excuse for his performance in the ongoing tourney.

Nadal was at his best in the first round as he won six consecutive games after being 0-2 down in the third set. Nadal added that he will play deep and will back his strength to go all the way at the Roland Garros.

“If I don’t play deep, it’s my fault, I’m the one who has to adapt to the balls. What happens is that with the humidity and the cold it is difficult to generate effects. But I will never use the ball as an excuse. Under these conditions what I can’t afford is to play passive because then the ball stops hurting,” said Nadal during the post-match interview.

Nadal played closer to the baseline and he was able to convert all the breakpoint opportunities he got in the match. The undisputed king of clay, will next face America’s Michael McDonald in the second round of the French Open.

If there aren’t any upsets, Nadal can meet US Open 2020 champion Dominic Thiem in the semifinals. Nadal has defeated Thiem in the last two finals of the French Open.