Home » Tennis » French Open 2020: It was more difficult than what the result shows – Novak Djokovic on his 4th round win

French Open 2020: It was more difficult than what the result shows – Novak Djokovic on his 4th round win 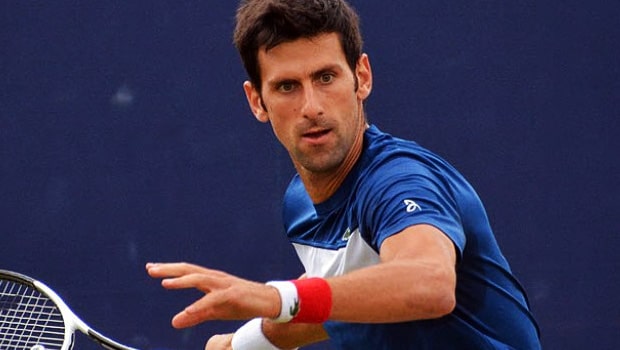 The World number one Tennis player Novak Djokovic continued his domination in the ongoing French Open 2020. The Serbian won his fourth round match against Karen Khachanov in straight sets by 6-4, 6-3, 6-3. However, Djokovic admits that it was more difficult than what the result shows.

Djokovic had to battle for almost every point as Karen Khachanov was putting up a good show. However, Nole was too good for the Russian as he won by three sets to nil.

Meanwhile, Novak Djokovic reached his 11th consecutive quarter-final at the French Open, a record which even Rafael Nadal doesn’t hold. This is the 14th time that Novak has made it to the last eight of the tournament, to tie with 12-time French Open winner, Rafael Nadal.

“I think maybe it was more difficult than the result. Three sets to zero, but I think we played point for point, equal, at the end I think I found my serve at the right time. The legs worked well, fast when it was important,” Djokovic said right after the match.

Meanwhile, Novak added that he is feeling good on the court and he is optimistic of his chances. In fact, Nole is yet to drop a set in the ongoing tournament and he would aim to continue his good form. Novak must have received a shot in the arm after winning the Italian Open recently.

“It’s not a cliche. Truly I have to look at the next match, on the next opponent. I haven’t lost a set so far, which is good. I feel good on the court. We go,” Djokovic added.

Novak smashed a total of 44 winners in his fourth round match. The Serb will now lock horns with 17th seed Spanish player Pablo Carreño Busta in the quarterfinal on 7th October.