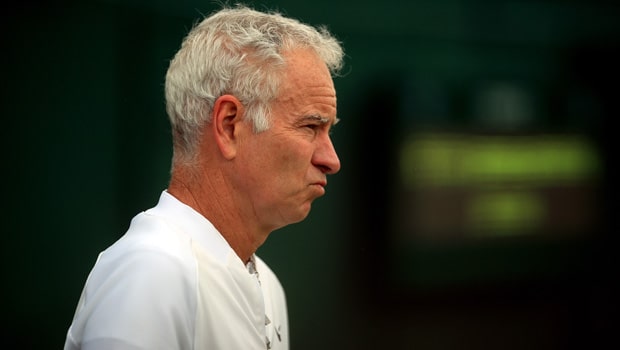 The two favourites for the ongoing French Open 2020 – Rafael Nadal and Novak Djokovic – could meet in the finals of the tournament on Sunday. Nadal will be locking horns with Argentina’s Diego Schwartzman in the semifinals whereas the World number one Novak Djokovic will be up against Greece Stefanos Tsitsipas.

Both of these big players will need to first win their semi-final clash but the Tennis fans will be hoping for a final between Nadal and Djokovic. This is the 13th time when Nadal has made his way into the French Open semifinal and it is not an easy task to stop the undisputed king of clay. Nadal also has the overall head to head advantage against Novak Djokovic on clay.

Meanwhile, the conditions are different in the ongoing French Open. The weather is on the cold side and Nadal can find it difficult to replicate his past success. Furthermore, Novak is coming after winning the Italian Open and is high on confidence.

Former world number one John McEnroe has backed Novak Djokovic as a favourite against Rafael Nadal. McEnroe feels the conditions are ideal for Nole to go all the way.

“We’ve talked throughout the tournament about how cold it is there, so that’s an issue. You could see that it appeared to be bothering him, the arm, his neck. These conditions are rough and they’re playing best of five sets. You’re going to have aches and pains. There are no two ways about it, there’s no way you can say that isn’t going to happen. More importantly to me is not that he had a stiff neck but that he got through it, he’s going for a Slam and if he goes and plays Rafa in the final, which is what most people think will happen, these conditions are absolutely perfect for him to play Rafa”, he stated.

Meanwhile, both Nadal and Djokovic will be first concentrating on their semifinals clash. Diego Schwartzman had stunned Nadal in the quarterfinals of the Italian Open and the Spainard would aim to get his revenge. Nadal enjoys a head to head advantage of 9-1 against the Argentine.

Nadal and Djokovic will play their semifinal match on Friday.