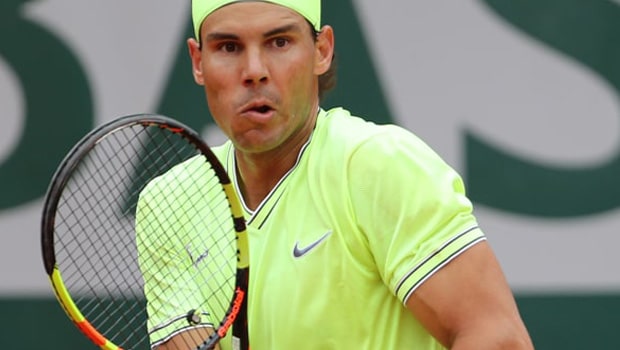 The World number two Rafael Nadal has heaped praise on the 20-year Jannik Sinner ahead of their Quarterfinals clash. Nadal cruised to the quarterfinals after a convincing win over Sebastian Korda of the United States in straight sets. The 12-time French Open champion was too good for the American as he won by 6-1, 6-1, 6-2.

On the other hand, Jannik Sinner surprised one and all as he went past Germany’s Alexander Zverev by 6-3, 6-3, 4-6. The Italian impressed with his massive forehand and the US Open runners-up had no answers. In fact, it was later revealed that Zverev had played with fever and had breathing issues throughout his fourth round match against Sinner.

Nevertheless, Sinner was able to book his quarter finals berth with Rafael Nadal. It would be the first time when these two will ever take on each other. In fact, Nadal had practiced with Sinner and he was quite impressed with the Italian.

“He’s young, he’s improving every single week…It will be the first time playing against him on the tour. I practiced with him a couple of times, he has amazing potential, he moves the hand very quick and he’s able to produce amazing shots,” Nadal stated.

It will not be easy for Sinner to go past Nadal as he has all the experience under his belt. However, the Italian will like to give his all against the favourite.

Meanwhile, Sebastian Korda asked for Nadal’s autograph when they were tapping their racquets after the match. Nadal also kept his promise and wrote an inspiring message for the youngster.

Rafael Nadal, the undisputed king of clay, is targeting his 13th title at the French Open. Nadal will also join Roger Federer tally of 20 Grand slams if he goes to continue his domination at the Roland Garros.

The quarterfinal between Sinner and Nadal will be played on 6th October.