Home » Tennis » Gunneswaran, Nagal could miss out in US Open without qualifiers

Gunneswaran, Nagal could miss out in US Open without qualifiers 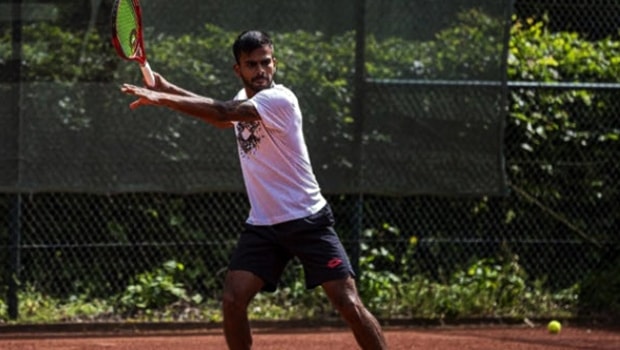 Top Indian tennis players, Prajnesh Gunneswaran and Sumit Nagal may end up not participating in the US tennis open that had was rescheduled for August 31 to September 13.

This is because tennis actions are yet to resume, and the competition might start without qualifiers, leaving players in the lower ranking without a chance of even competing for a slot.

Gunneswaran, Nagal had played at the Slam after getting there through qualification. In a situation where the organisers failed to organise qualifiers, Gunneswaran, who is ranked 132 on the ATP rankings, could play in the main draw if some of the top-100 players didn’t participate or should the authorities decide to go ahead with the tournament. Same with Nagal, who is 127th in the ranking. Recall that Nagal took off a set against Roger Federer, who will be missing the tournament after a surgery.

Speaking on the development, Gunneswaran, who just returned to the courts after the lockdown, said he is waiting and watching what will happen in the days ahead. The top India player added that it would be a huge opportunity if he gets a chance to play in the main draw.

The 30-year-old further said that he would participate in the tournament only if they don’t offer ranking points. This he said would be unfair on the others, who couldn’t make it.

Speaking on the challenges of holding the tournament via a video conference call with some 400 ATP players and coaches last week, Patrick Galbraith, the president of the United States Tennis Association highlighted the constraints that they have to face in holding the 2020 US Open, which includes restricted movement and entourages, and singles draw completed without qualifiers.

Also, sharing  Gunneswaran’s sentiment is Japanese star, Kei Nishikori, who suggested that the ITF should do away with ranking points for the event.

If they go by not awarding points, it will water down the relevance of the slam that has become a big brand. Without point ranking, the US Open will just become a tournament with little relevance outside of big prize money.

On his part, India’s former number one, Somdev Devvarman, said it was still too early to comment on the possibility of the Open going ahead without a full field.

To him, without qualifiers, it’s not the US Open but just a closed event.