Home » Tennis » I am looking forward to come back stronger, says Novak Djokovic

I am looking forward to come back stronger, says Novak Djokovic 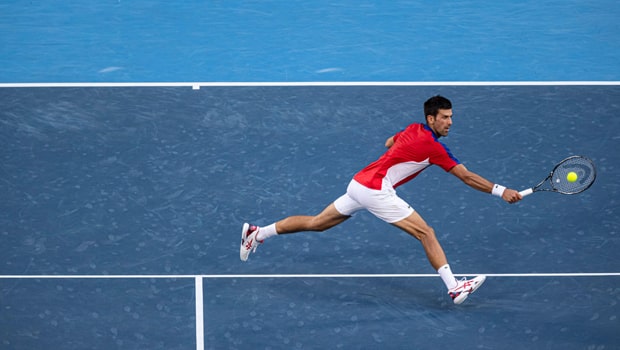 World no.1 Novak Djokovic, though, could not win the Olympics Gold but he takes pride in the fact that he gave it everything for the medal in his Olympics campaign.

The 34 year old Serbian was the favourite to win the Gold in Tokyo 2020 Olympics. But his campaign was halted by German Alexander Zverev in the semifinal, who later went on to win the Gold for Germany.

The Serbian, who won back to back grand slams (French Open and Wimbledon) in 2021, said he will never forget his “unbelievable experience” at his fourth Olympics, and revealed he is “looking forward to coming back stronger” at the 2024 Games in Paris.

Djokovic lost to Pablo Carreno Busta in the bronze medal match of the men’s singles event. The world number one missed out on a medal at the 2020 Olympics Games – that ended his hopes of winning a Golden Calendar Slam. The feat only accomplished by German legend Steffi Graf.

The Roland Garros champion took to Instagram to share his experience of the Tokyo 2020 Olympics Games. He also thanked all the staff that made the Olympics possible amidst the pandemic.

“It was a true privilege to represent Serbia at the Olympics. Thank you Tokyo and everyone that helped us come together for the magic of sport,” the 34-year-old wrote in an Instagram post.

The World no.1 also added that he is looking forward to coming back even stronger.

“I know in my heart I gave it everything to fight for a medal, and I’m looking forward to coming back stronger in Paris. This was an unbelievable experience I will never forget. Good luck to all the Serbian athletes still competing for a medal”, further adds 2021 Wimbledon winner.

Even though the Serbian could not manage to win a medal at the Olympics, he is still the favourite to win the US Open that is scheduled to begin in September.