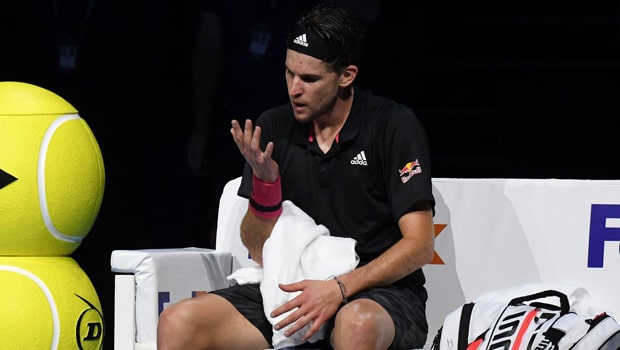 Austria’s Dominic Thiem had a fantastic 2020 season as he had clinched his maiden Grand slam by winning the US Open and had also made it to the final of the Australian Open. Thiem had played at the top of his game and had given a run for the money to his opponents. However, it hasn’t been ideal for Thiem in 2021 as he looking to fill in the missing pieces in his game.

Thiem was knocked out of the Australian Open in the fourth round when he lost to Grigor Dimitrov in straight sets before he had a horrible run in the ATP Cup for his national team. Subsequently, the Austrian lost the quarterfinal of the recently concluded Qatar Open when he lost to Spain’s Roberto Bautista Agut.

Thiem has admitted that he hasn’t played at his best in 2021 and that is why he is playing in tournaments like Qatar and Dubai Open. The 27-year-old stated that it is a good opportunity for him to play against the best in the business in tournaments like these and find his A-game and form for the bigger events.

“Definitely, I’m not at the top of my game right now. Australia was pretty strange & also tough to digest in all aspects. I’m still trying to find the top of my game again. Strong tournaments like Doha & Dubai are good opportunities to get matches, to play v strong opponents.”

Thiem has won five matches whereas he has also lost three games in 2021. Thus, he will look to turn the tables in the upcoming Dubai Open. Thiem’s poor form is a cause of concern for the player and he will aim to come up with his best in the coming matches.

In fact, Thiem will return to ATP Dubai championship for the first time in six years and he will look to make a solid comeback at the event.