I am very sad and worried: Mats Wilander on Rafael Nadal’s injury woes 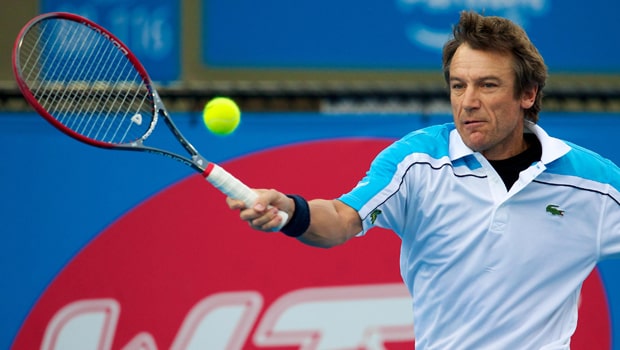 Seven-time Grand slam champion Mats Wilander has shown concern regarding Rafael Nadal’s injury woes. Nadal has decided to pull out of the rest of the ATP 2021 season due to his foot injury, which has been troubling him in the recent past and thus will miss the upcoming US Open.

The Spaniard had made it to the semifinal of the French Open 2021 but lost to Novak Djokovic in an emphatic match, which lasted four sets. Subsequently, Nadal decided to pull out of Wimbledon and Tokyo Olympics to be fit for the remainder of the season.

The lefty made a comeback in the Citi Open in Washington but suffered a shocking loss in three sets against South Africa’s Lloyd Harris in Round of 16.

Meanwhile, the former Swedish player feels there is still some fuel left in Nadal’s tank and he will aim to make a solid comeback.

“I am very sad and very worried but I do think he [will] keep coming back until he no longer can,” Wilander said. “At the moment the will to play is still there. The era of winning may be over, but the era of filling stands with fans is still alive. There’s a couple more years of it.”

The 57-year old added that Nadal’s body is taking a beating with every year but backed the veteran to make a solid return.

“We are getting used to expecting him to not be able to play. He is always trying and is always ready,” he added. “He is trying but he just can’t do it and I guess with every year it seems like he’s playing less and less. “He is getting older and his body is taking a beating.”

It hasn’t been an easy last few months for Nadal and he will look to get back on tour with 100% fitness.