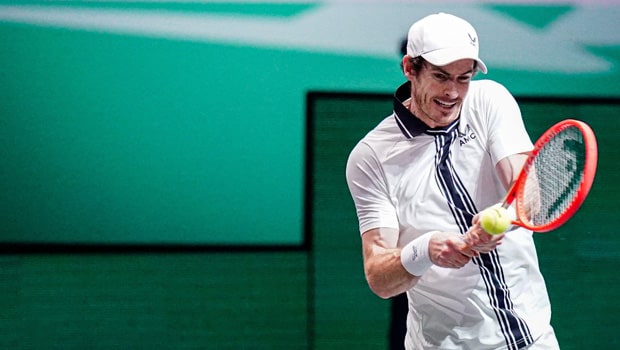 Andy Murray has had a difficult last couple of years. The Brit had to go under the knife for his hip surgery and he had also even taken retirement. However, Murray took a U-turn and since then he is trying to find his Midas Touch. It hasn’t been an easy road back for the former World No. 1 as his current ranking has plummeted to 123 but he has stated that there is no word like ‘give up’ in his dictionary.

Murray couldn’t participate in the recently concluded Australian Open as he was tested positive for Covid-19. After recuperating from the virus, Murray took part in the Challenger Biella event in Italy and made it to the final of the tournament, which must have added a shot in his arm.

But Murray then lost in the first round in the next event at Montepellier. Currently, Murray is plying his trade in the Netherlands, where he is competing in the ATP Rotterdam. Murray won the first-round match against Robin Haase in his typical gritty fashion despite being one set down as he won 2-6, 7-6,6-3. In fact, Murray was down 0-3 in the deciding set but won six games in a row to come back into the contest.

Murray believes he still the skills and the game to give a run for their money to the best players in the business.

“I still believe I can compete with the best players, that’s why I am still doing it,” Murray said. “If I didn’t feel that way, I probably would not be motivated to do all the training and traveling. So once I don’t believe that’s the case anymore, then I won’t keep playing. But I still think I can.”

Murray added that he is sick of his naysayers and questioned why he should stop playing if he isn’t winning.

“Why should I stop because I lost a match last week against someone [Egor Gerasimov] that people would expect me to win against?” Murray said. “Tell me a good reason for why I should stop playing.

Murray will next face World No. 8 Andrey Rublev in the round of 16.