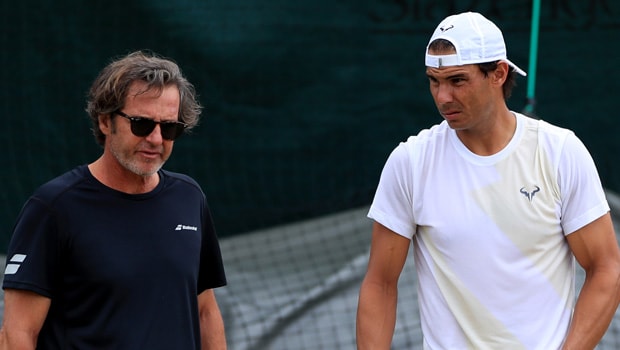 Rafael Nadal has had a glorious career and he is regarded as one of the best players to have played the game. Nadal has 20 major titles under his belt and he keeps getting better. The Spaniard has achieved great heights in his career but none of it would have been possible without the contribution of his uncle and former coach Toni Nadal.

Toni helped Rafael in learning the nitty gritties of Tennis and guided him on the right track to success. Nadal has never say die attitude on the court and he learned a lot from his uncle in the nascent stages of his career.

Toni has helped Nadal in reaching the top echelons of the Tennis world and the 34-year old champion is always grateful for his uncle’s contribution in his career. Nadal gave his gratitude to his former coach for playing a big part in his career.

When Nadal was asked to shed light on the role of his former coach, the legend stated that his contribution can not be valued in percentage.

“I don’t know, in the end I don’t think it can be valued in a percentage. Since we say that without him I would have possibly never played tennis, it is already a very high percentage,” Nadal said while talking to Spanish Television.

Meanwhile, Toni saw the transition of Nadal from a rookie to a global superstar. On the other hand, Nadal also gave credit to his family, who have always supported him throughout his career.

Nadal is training at his own academy to be ready for the Australian Open. The southpaw will look to give his best in the 2021 season and continue the good work.

Australian Open 2021 will begin from February 8.