Home » Tennis » I have already reached my dreams: Belinda Bencic

I have already reached my dreams: Belinda Bencic 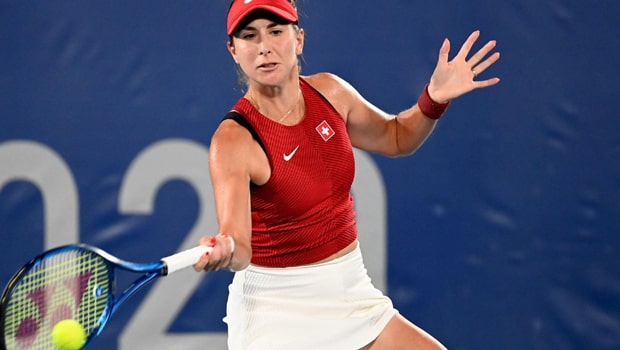 Tokyo Olympics gold medalist Belinda Bencic has admitted that she has already reached her dreams and she will be satisfied with her career even if she retires from the game tomorrow. Bencic didn’t have a great start to the season as she was knocked out in the third round of the Australian Open and then couldn’t go a long way in the French Open and Wimbledon.

However, she was able to turn the tables in the Tokyo Olympics as she became the first player from Switzerland to bag a Gold medal at the Games. She defeated Czech Republic’s Marketa Vondrousova in three sets by 7-5, 2-6, 6-3 to write her name in the history books.

Furthermore, she clinched a silver medal with Viktorija Golubic in the women’s doubles category to have a great run at the Olympics.

The Swiss player added that she is satisfied with her career so far and wants to take one tournament at a time.

She said, “Now I feel like people are always going to ask, ‘What do you do next? What is your goal?’ to put pressure on everything. For me, achieving this, it’s already amazing. If I stop my career tomorrow I can be very happy about everything.”

The 24-year old Bencic added that she doesn’t want to reveal what is her next dream and wants to give her best every time she turns up on the court.

She added, “I just really want to play freely and enjoy it. I’ve already reached my dreams. “I can really relax and enjoy my tennis and work hard still for what’s to come. I don’t want to define what my next dream is.”

Bencic will look to continue her good form in the US Open after savouring success in the Tokyo Olympics.