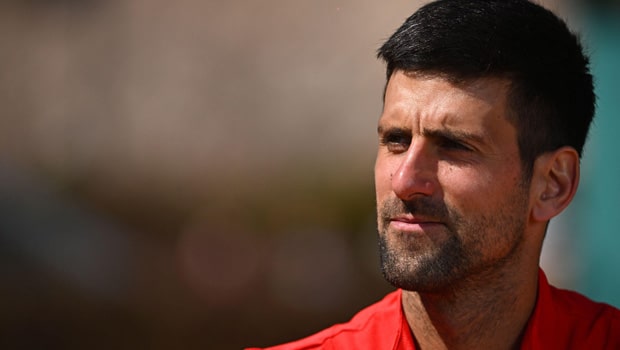 The World no.1 Novak Djokovic admitted that he was always chasing the game in the second round of the Rolex Monte Carlo Masters after losing against Alejandro Davidovich Fokina. The Spaniard took the match by 6-3, 7-6 (5), 6-1 as he dominated against the Serbian.

However, Fokina totally dominated the third set as Djokovic could only win a single game. In fact, Djokovic, who was going all guns blazing in the previous season, now has a 2-2 record this year.

“I would like to congratulate Alejandro. He was the better player. He managed to find a better rhythm I think in the first two sets,” Djokovic said. “I was hanging on the ropes the entire match. I was really chasing the result constantly.”

Djokovic admitted that he wasn’t at his best physically in the game and he expected a tough challenge against a promising player.

“I always believed that I could come back and win the match, and I stayed there even though a lot of things were against me in terms of how I felt on the court. Game-wise, physically I was just far from my best,” Djokovic said.

“So of course in those types of conditions and circumstances, then you have to really work two times more than you normally would. And again, I played a clay-court specialist. He had a match already on centre court a few days ago.

“I expected this match to be [a] really tough match, [a] physical battle, and that’s what it was. Unfortunately, I’m on the shorter end of the stick, and my week ends here.”

Djokovic feels he will take some time before he can hit the ground running on clay. In fact, the 20-time slam champion hasn’t had a great start to the clay season in the past.

“I knew a few days ago when I spoke to you that it’s going to take some time for me to really feel my best on the clay,” Djokovic said.

“That’s historically always been the case. [I have] never played very well in the opening tournaments of the clay season. “But it’s okay. Obviously, it is what it is. I have to accept the defeat and keep working.”

Djokovic will now take part in the Mutua Madrid Open.