Home » Tennis » I will need to take a break after Olympics, says Andy Murray

I will need to take a break after Olympics, says Andy Murray 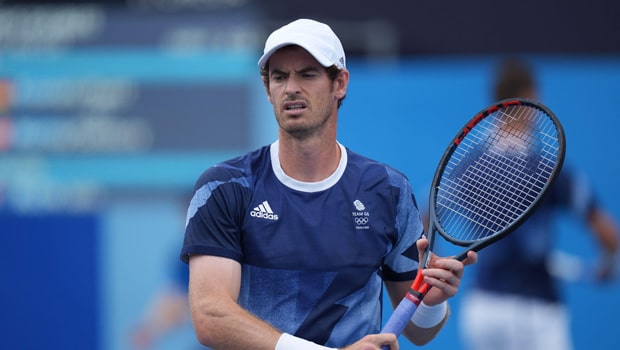 The two-time defending Olympic champion Andy Murray (London 2012 and Rio 2016), who was forced to withdraw from the Men’s singles event due to thigh injury but kept himself available for the doubles event says he will be “physically okay” for the rest of the Tokyo Olympics but has made it public that he will “need to take a break afterwards”.

The former world number one and two times Wimbledon champion (2013 and 2016) also won a silver medal in mixed doubles at the London 2012 Games.

Murray and partner Joe Salisbury have advanced to the quarter-finals after victories. Murray pointed to his fitness that he felt fine during the post match interview. “(On his fitness) It felt fine. It hasn’t really affected me at all in the two matches that I’ve played,” said the 34-year-old Glasgow born Murray in a post-match interview.

Though he still revealed his disappointment when he had to withdraw from the singles event. “It was very disappointing [to withdraw from singles] because I prepared well, was feeling good again and then just had something showing up on the scans that we weren’t too happy with. When we spoke about playing, I told Joe if I had any physical issues that I’d prioritise the doubles over singles – that’s why I made the decision to stick just with the doubles”, further adds the former Wimbledon champion.

Though the 34-year old Scotish born Andy Murray still maDe it clear he is totally fine by the decision.  “I would have been annoyed with myself if I’d taken the decision to play with the issue that I had, made it worse, lost my singles and then not been able to perform well in the doubles. I think physically I’ll be okay for the rest of the tournament but I’ll need to take a break afterwards”, adds Murray.

Andy Murray, whose career was cut short by numerous injuries, got back on the Tennis court when he made his comeback in the 2021 Wimbledon championships and managed to reach the third round. Though he lost in the third round against 22 years old Canadian Denis Shapavalov, who reached the semi-final before being knocked out by eventual winner, Novak Djokovic.