I will never forget that: Novak Djokovic’s father slams Wimbledon 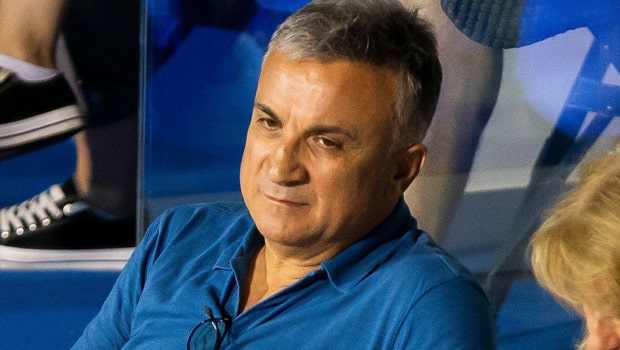 Novak Djovokic’s father Srdjan Djokovic has slammed Wimbledon for not allowing him and his wife to attend the matches of his son. The 34-year old Novak Djokovic from Serbia claimed his 20th Grand Slam trophy at the All England Club, but without his family.

Djokovic senior, expressed his outrage and even termed Wimbledon authorities as horrible people by stating that he and his wife Dijana were barred from being on Centre Court as they had to follow quarantine rules all due to covid pandemic. The world no.1 claimed his sixth Wimbledon title by beating Mario Berrettini of Italy in the final in four sets.

Srdjan Djovokic came hard at Wimbledon as he shared his disappointment by not being able to attend matches of his son.

“Unfortunately, my wife and I wanted to come to Wimbledon, but they didn’t let us. These horrible people did not allow us parents to go and watch him, because we had to go in quarantine for a week, even though the stadium was full with 15,000, 16,000 people”, says Srdjan Djokovic.

The Djokovic’s were even not able to watch Novak’s matches at the Olympics in Tokyo, “They didn’t let us watch our son, I’ll never forget that. Now we wanted to go to Tokyo, and we could not go either”, further adds Djokovic senior.

The Tokyo Olympics were even stricter on protocols than Wimbledon. Most of the events took place with no crowds allowed at all for matches and touch restrictions in place for athletes and support teams alike. Even in the case of medal ceremonies, the winners had to pick their medals themselves from the tray brought to them by the IOC authorised personnel.