Home » Tennis » I won’t be able to participate in 2024 Olympic if 2021 edition is canceled: Leander Paes

I won’t be able to participate in 2024 Olympic if 2021 edition is canceled: Leander Paes 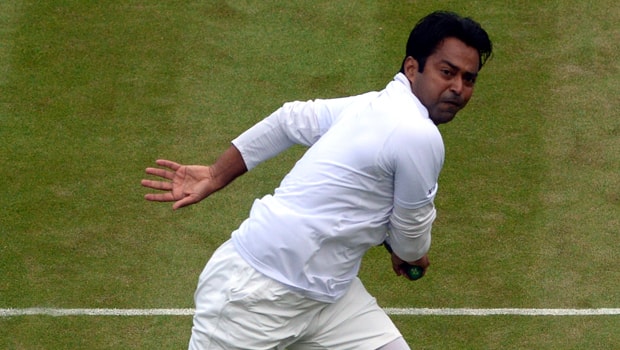 Veteran Indian tennis player Leander Paes had planned to drop his racquet after the Tokyo 2020 Olympic games, but the coronavirus pandemic has forced him to postpone his resignation.

With the tournament shifted by a year due to the pandemic, he has said that if it fails to hold, he won’t wait to play in the next edition scheduled for 2024.

Paes, who is one of India’s most decorated athletes, had planned to set another record as the Tokyo games; this would be his 8th appearance at the world event if it holds.

As fate would have it, in wait for the game, Paes will now be on the circuit for another year.

However, with the recent information gotten from the International Olympic Committee (IOC) that says it would cancel the 2020 edition if it fails to hold next year, Paes might not get his final wish.

Speaking with Purav Raja in an Instagram chat on Sunday, the multiple grand slam winner said if that is going to be the case, then the Rio Olympics would be his last.

Speaking on his career success, the veteran believes that he had a significant influence on Mahesh Bhupathi’s career but chose Rohan Bopanna’s serve over Bhuapthi’s backhand.

While describing Mahesh’s killer backhand as world-class, he said Rohan’s serve is one of the best he has ever seen on tour, describing it as a weapon.

On his best mixed player, Paes chose Martina Hingis over  Martina Navratilova by a small margin, saying Hingis complemented his style as he could play his natural game with her. This, he said, allowed him to be the leader on the court and can take over the net. But for Navratilova, usually lead and guide him and was the leader in the team.

The 47-year old also said his worst playing condition was in Lang Fang, China, in 2001 as it was snowing outside.

Although it was an indoor court, the heater wasn’t working because it got broken. He also said he and his team were not even given proper food during the tie.