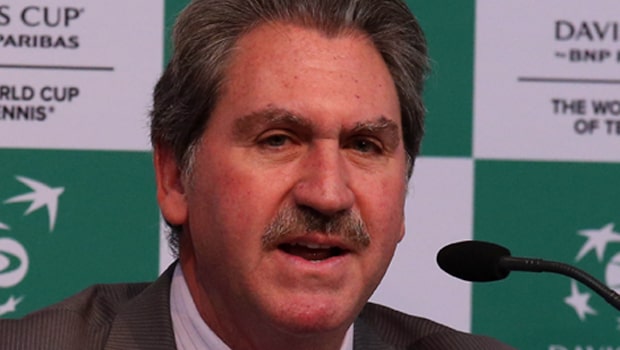 International Tennis Federation (ITF) President David Haggerty has spoken about the scheduling besides the much-debated Indian Pakistan clash in the Davis Cup ties played in the neutral venue.

At the game that was played Nur-Sultan in Kazakhstan last weekend, India routed Pakistan 4-0.

Speaking with Times of India, in Bengaluru after the launch of the rejigged Davis Cup module, Haggerty expressed delight with the changes made to the team competition.

He said the decision on the venue made on the Indo-Pak tie a challenging situation noting that sport needs to rise above politics.

Like what happened at the Winter Olympics where North and South Korea rose above politics, the ITF boss said he would have liked to see that happen with India and Pakistan.

But due to their political differences and the security measures and the timing, the federation president said the Davis Cup committee took a lot of time to make the decision because it wanted to see if perhaps things calm down., but that wasn’t the case.

While describing the situation as unfortunate, he pointed out that it was the best decision at the time because the ITF didn’t want to put anyone’s life at risk.

Haggerty, who was at the Asian Tennis Federation board meeting, said the Davis Cup was a very successful event, adding that a strong foundation has been built.

He also stated that the regulatory body would make things better each year to attract top players to the competition.

He also said that ITF is aiming to increase the reach and the media coverage from just two nations playing each other to the world following, making it look like the ‘World Cup of Tennis.

Speaking further, with an increase in reach achieved, he said the federation had increased the sponsorship for the competition from four sponsors to over 12. While noting that this was very good commercially for the nations, it was a great atmosphere to see 18 teams playing at different times.

Now that the games have witnessed the presence of sold-out crowds for the quarterfinals, semifinals, and final, he said ITF will now be looking closely at scheduling to make the competition better.

With success recorded in the first year, he said the regulatory body wants to make it better.

Speaking on the reason behind the change in structure, Haggerty said a series of meetings held for many years, with everyone saying there is a need for a change in the Davis Cup module.

According to him, it now boiled down to when the decision would be made as players didn’t like playing four weeks a year.

While noting the importance of the schedule and the federation, he said the fans are eager to come to watch, and the players ready to play and the countries want to want to be there.

He explained that In Madrid this year, for instance, ITF provided 18 team locker rooms with few things the players had never experienced before. He also revealed that each team had their tables in a secluded space of the dining area with a medical-physio set-up that was not available in other tennis events, and the players enjoyed the experience.