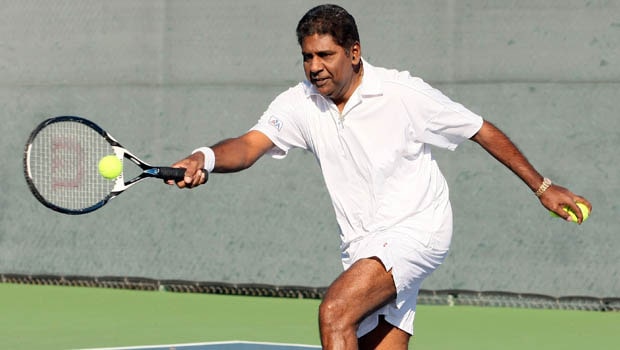 After Ramesh Krishnan, Indian tennis legend Vijay Amritraj also feels India are favourites ahead of their Davis Cup match against Denmark. India in total have reached the Davis Cup finals only thrice in 1966, 1974 and 1987.

But it was special in 1987 for Vijay Amritraj as India faced the heavyweight Swedish side. Although they lost the finals 5-0, it was India’s grit to reach the finals that made a difference. Especially the come from behind 3-2 win against Australia raised a lot of eyebrows.

“Well, reaching the finals of the three Davis Cup will always have the pride of place in my house. But, the one right there on the top has to be the 1987 finals where we had lost to Sweden. The whole journey was kind of a special moment for us because we certainly weren’t the second best team in the world. Considering all the rankings and participating nations, still we were able to put together a cohesive team and train well. All the team members and managers shared a great rapport,” Vijay Amritraj recalled.

Vijay Amritraj has been a tennis icon for ages now. He has reached the quarterfinals at both Wimbledon (1973 and 1981) and the US Open (1973 and 1974. He also highlights stories from 1974 as they went up against Australia enroute to the Davis Cup finals. He went highlighting how he and his brother, Anand combined to beat a Russian pair and much more.

The most important matches there were beating Australia in Calcutta (now Kolkata) in front of the vociferous home crowd during the Eastern Zone play-offs. It was a packed tennis stadium with 15,000 to 20,000 spectators in attendance. After our win over the Australians, we played a fantastic match against the Soviet Union which had Alex Machiavellian in attendance. I still remember that remarkable doubles victory when Anand (Amritraj) and I had combined to prevail against Alex Metreveli and Vladimir Korotkov (13‐15, 7‐5, 19‐17, 6‐3). It was special to be able to get to the final in 1974. I was just 20 that time, looking for a piece of history by winning the Davis Cup.”

However coming back to the present time, Vijay Amritraj was known for his uncanny stroke play and was often known as the craftsman. The Indian tennis legend has picked India as favourites to win against Denmark in the Davis Cup tie. He wished everyone very good luck and felt that the Indian boys are good enough for their opponents.

“I would also like to wish all luck to our boys for the tie against Denmark. We would have to favourite on the grass court. I know one of them is fairly decent on the grass. I don’t know exactly how high ranked these boys are from Denmark, but I do believe that Holger Rune is coming. There are potential challenges here but around Kumar, Yuki, Nash and all, our boys have played enough against them. It’s important to go in there, get a good start and control the game. You need to get that first set in the break. You’re in the driver’s seat,” he concluded.

Ramkumar Ramanathan, Divij Sharan, Prajnesh Gunneswaran and Rohan Bopanna complete India’s team for the crucial tie. Whereas for Denmark 18-year-old Holger Rune will be the star attraction given he is 90th in the ATP Rankings. The two day clash will determine the team going forward to the World Group I ties later this year.