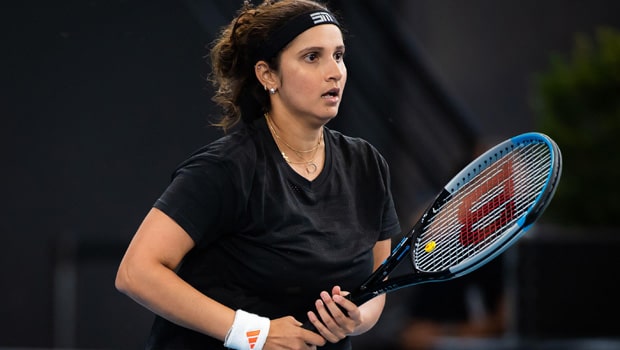 Indian ace tennis star Sania Mirza has had a very good start to her WTA season this year. In her 10 tournaments that she had participated in she has reached two finals and four semifinals. The couple of final appearances came on clay at the Charleston Open and in Strasbourg with her partner Lucie Hradecka.

Mirza’s consistent deep runs in several tournament have helped her gain back the momentum in terms of rankings as the former DOubles No.1 has entered the top 25 in the world for the first time since May 2018. Her maternity break dropped her ranking down to 250 but she used her protective ranking of 9 to enter tournaments and fought for her place and now she is here fighting for each and every game in a season which she believes to be her last.

For now she is focused on featuring at the Roland Garros with Czech star Lucie Hradecka in the Women’s doubles and Croatian star Ivan Dodig in the mixed doubles in Paris. In her interview with hindustan times, Mirza shared how she is enjoying her time with Hradecka and hopes that they use their experience to good effect in Paris.

“It’s been a good couple of months in all the tournaments that Lucie and I have played together. We’ve known each other for a long time, but more importantly we’re using our experience well. We’ve both been in these positions a lot of times, having won Slams and being in very big matches for a very long time. So, we both feel we have the ability to bring the best out of each other. We get along great on and off the court, and that’s probably what is working well,” Sania Mirza stated.

Secondly she spoke about being in the top 25 again and also highlighted how she feels that she can do much better than this and in the coming months Indian tennis fans will be hoping to see her win tournaments and Grand Slam before she decides to hang up her racket. “I’ve been fortunate enough to make that comeback and return to that top bracket of women’s tennis yet again. So yes, I feel really grateful I’m here again, and hope I can go better than the top 25,” she added.

Sania Mirza and Rohan Bopanna are the only Indian hopes in this year’s Roland Garros and both of them will be looking to start well in the Grand Slam. However before the start of the Roland Garros, Sania pointed out how both her and Hradecka are picking up niggles here and there and are not the youngest in the circuit. But she also said that she feels she has a shot with both hradecka and Dodig.

“We’re looking forward to building on what we have done. But we’re in a new tournament and have to start again. Lucie also keeps having some niggles here and there. We’re both not, let’s say, in the younger side of things in tennis. But we’re both trying and hopefully we can keep the momentum going,” she concluded.

Sania Mirza and Ivan Dodig will start their campaign in Paris against Laura Siegemund and Santiago Gonzalez in Mixed Doubles. Whereas Sania and Hradecka will face italian duo of Jasmine Paolini and Martina Trevisan in the first round in the Women’s Doubles category in French Open.