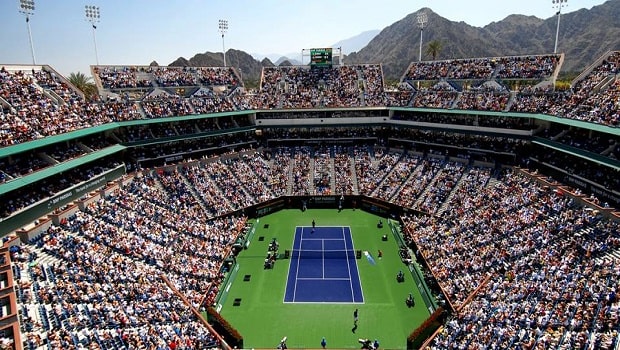 With the Indian Wells competition set to begin on Monday, 9th of March, the organisers have announced rules governing the game that would prevent the spread of coronavirus.

There has been over 100,000 recorded cases of the disease with more than 3000 deaths. Every continent, except Antarctica has been touched by the awful pandemic which is yet to have a cure.

In the absence of a cure, governments, groups, and other organisations are advocating strict preventive measures to prevent the spread.

Organisers of the Indian Wells have brought out a set of new rules that would limit contact between persons as a way of preventing the spread of the virus. One of such rules is banning players from giving the ball boys/girls their sweaty towels.

This is quite necessary because it would limit the transfer of fluids. A sweaty towel at times like this spells serious danger. Rather than hand the towels to someone, a chair would be provided for them to place it on.

Other rules include the presence of hand sanitizing stations around the facility for everyone to wash their hands as often as possible. Those in charge of ticket sales would have to wear gloves as well as the ball boys/girls, those in the kitchen, and some other member of the staff.

N95 masks would also be deployed by the health department when the need arises. There would also be minimal interaction between fans in a bid to keep things under control as much as possible. Everyday, the tennis venue would be cleaned with with antiviral substance.

The city of California, where the event takes place, has earlier set up measures to prevent the spread of the virus after recording a death from the virus.

The most important thing, at the moment, is to try and reduce contact between persons as much as possible, something which is easier in a sports like Tennis, compared to other things like football.