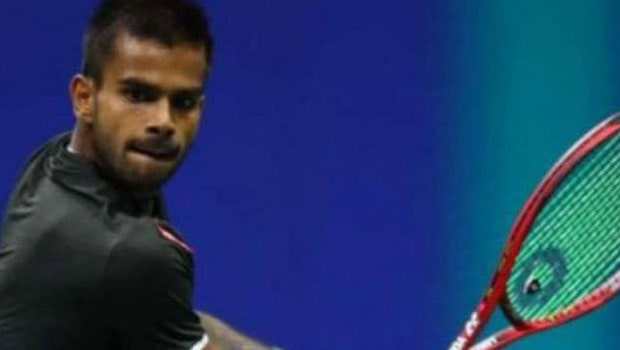 Indian tennis player, Sumit Nagal who has been awarded a wildcard to the Australian Open main draw will get to know his first-round opponent on Thursday. The 23-year-old says that he has a gut feeling that his opponent will be a player from the Top 10 rankings. Nagal has faced Roger Federer and Dominic Thiem at the 2019 and 2020 US Open respectively.

“I was talking about this with my coach last night and I have a feeling that I will play a top-10 player. It’s my gut feeling, let’s see what happens,” Nagal said in a virtual media conference from Melbourne on Tuesday.

Nagal surprisingly took a set off Federer and also gave Thiem a very hard time but in both cases, he could not stage an upset. However, the youngster feels that playing top players help him in his game as he gets to learn a lot from them. “It is with a lot of players that they perform better when they are up against really good players. For me, I get to learn playing them so I don’t mind playing big players, someone in top-10,” the 23-year-old said.

“To try and match what Federer does is very very difficult. What I learn from him is how he understands himself and how he reads the game. He will never make the same mistake twice, he’s that good.

“I could learn a lot from Thiem. I would like to play the way he plays. solid backhand, serving well, good forehand. I try to copy him a lot.”

The Jhajjar born tennis star says that there is a lot of difference between Federer and Thiem. The Swiss legend has won 20 Grand Slams while the Austrian has only got off the mark at the Flushing Meadows last season. However, Nagal tries to follow Thiem on and off the pitch.

“The way he (Thiem) practices, his intensity is pretty high. He makes sure that wherever he does, he does it right. He is very disciplined on the court. He does not show bad behaviour in practice or matches.”

Nagal was one of the players who had access to swimming pools and tennis courts during his 14-day quarantine upon his arrival in Melbourne. However the 23-year old also reveals that he understands players pulling out of Grand Slams because of the bio bubble.

“It is different for each player. There are players who are a little older and who have families, probably got kids coming into the tennis tournament, when they come to play a tournament, probably they would want to visit the city and go out.”

“I can understand those types of players pulling out of Grand Slams, I do not think it is easy, you can do it for a time frame but to do it for eight-nine months, it is not easy. I believe it is not easy for anyone, irrespective of his rank,” he said.