Home » Tennis » ‘It feels great to be back,’ Pranjala Yadlapalli speaks after winning a title on return from injury 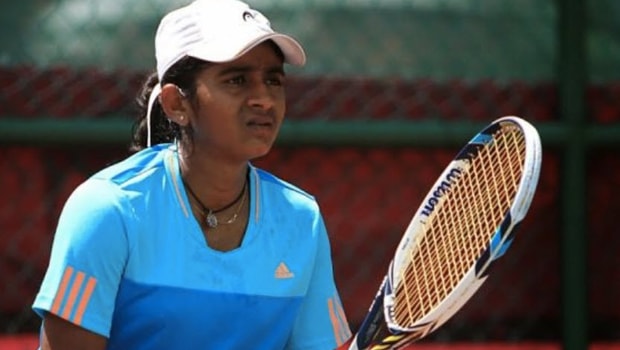 Indian tennis player Pranjala Yadlapalli has said she felt great to be back to the court competing.

The 21-year-old , who achieved a career-high singles ranking of 280, reached number 232 in the doubles rankings.

On her return to the court after the lockdown, the three-time ITF singles winner is relishing the opportunity to learn from her mistakes and work on them for future tourneys.

Pranjala, who has also won six doubles titles on the ITF Women’s Circuit battled injury in 2019 after winning the twin titles in Nigeria in 2018. The injury had pushed her away from the pro tour for over a year.

She is has been undergoing rehab under the supervision of her physio Paul Ness in Melbourne. The Go Sports Foundation is supporting the programme.

On her return from the long layoff, Pranjal won all the three matches she played in the 3-match of the UTR Pro Tennis – Melbourne series, which she won all and scooped up the title in the process.

Speaking with Indian Tennis Daily, Pranjalam won the title after defeating Desirae Krawczyk, who is world No. 37 in doubles to get her thoughts on the recovery journey so far.

After the win, she described her opponent as a solid player, who hits the ball flat and hard.

While noting that the left-handed player’s slice served on the ad court to drag her out of the court,  Pranjala said it was a good match for her as she managed the game well against a top player playing against her angles, speed, and depth.

She said she was able to overcome her by continuously pushing her with her strokes. According to her, this was because whenever she dropped her intensity in a rally, she was good at finishing the points.

This made her focus on hitting hard and deep, which moved her out of her comfort zone.