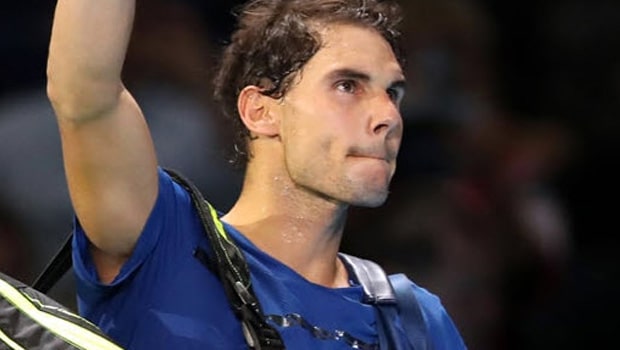 The World No. 2 Rafael Nadal has achieved almost everything in his glorious career. Nadal has been a champion over the years and he has always taken giant strides at the top level. The Spaniard has done well on all kinds of surfaces but clay remains his forte.

Nadal has thus far won 20 slam titles in his illustrious career after he won his 13th French Open title in 2020. Apart from major single titles, Nadal has also savoured success in other big tournaments. The 34-year old had won his only Olympic Gold Medal in the 2008 Beijing Games.

The Spaniard had defeated Chile’s Fernando Gonzalez by 6-3, 7-6, 6-3 to win the prestigious medal. The left-hander had made his way into the final after defeating Novak Djokovic in the semifinal.

“Fernando González, a rival in the 2008 Beijing final, was a very good player. I played the semifinals against Djokovic and Federer lost I think against Berdych. What has been experienced in recent years that they reached the finals is difficult. It did not happen in the past and I don’t think it will happen in the future,” said Nadal.

Nadal recalled what it was like to play in the Summer Olympics and revealed that it was a completely different feeling to represent Spain. Nadal stated that it gave him extra motivation to do well as he was representing his country in the Olympics and thus it was different from any other tourney.

“In the Games, I have enjoyed it to the fullest, it is an event completely different from everything,” added the World No.2.

“And the responsibility is that you are not only fighting for yourself, but also for your country,” concluded Rafael Nadal.

Meanwhile, Nadal is known to give his best on the court and he always gives his 120%. Nadal will look to have another good season in 2021. The Australian Open 2021 will begin from February 8.