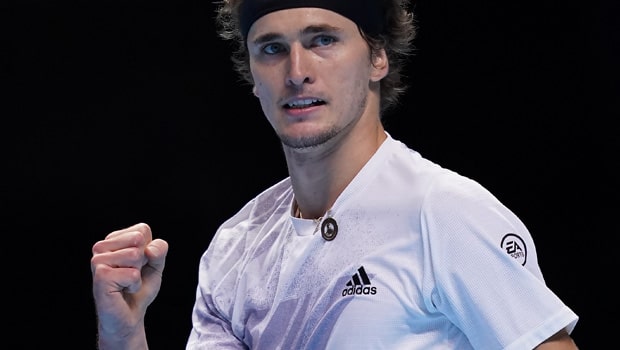 Alexander Zverev kept himself alive in the ongoing ATP World Tour Finals as he defeated Diego Schwartzman after battling hard for three sets. The German had to toil hard for his win against the Argentine and finally came on top as he won by 6-3, 4-6, 6-4.

In fact, Zverev had lost his opening match of the ongoing tournament against Daniil Medvedev but made a roaring comeback against Schwartzman. The World No. 7 will now battle against the World No. 1 Novak Djokovic on Friday.

Zverev will need to go past Djokovic to confirm his semi finals berth in the ATP Finals. In fact, Djokovic also lost to Daniil Medvedev in straight sets by 6-3, 6-3 and the Serb will look to bounce back in the tourney.

Zverev stated that he was able to put up a far better performance against Schwartzman as compared to Medvedev on Monday.

“Yeah, it was much better than on Monday (against Daniil Medvedev). I mean Diego is a very difficult player and he deserves to be here. You know, there are no easy matches. But, I’m happy to give myself a chance to go to the semi-finals and I’m excited for Friday. Friday’s going to be the most difficult match against Novak. So yeah, I’m looking forward to it,” said a cheerful Zverev.

It was a must win game for the German and he was able to come up with the best. Meanwhile, it will be a harder contest for Zverev when he will turn up against Djokovic.

In fact, Zverev had defeated Novak Djokovic in the final of the 2018 ATP finals and he will be confident of going past the Serbian in the virtual quarterfinal contest.

Zverev knows that every match from here on is a knockout game for him just like the regular tournament. Thus, any mistakes can lead to his exit from the tournament.

“Right now, it’s just a regular tournament for me. I need to win every match otherwise I am out. So, I’m gonna go in with the mindset with which I went in today and I did my job. And, I hope I can do it again on Friday,” added the 23-year-old Sascha.