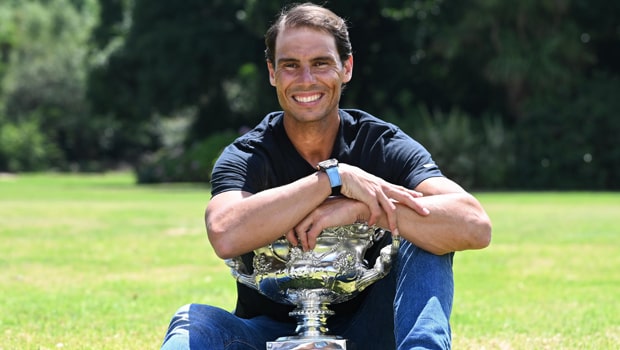 It was one of the most emotional matches of my career, admits Rafael Nadal after winning 21st Grand Slam title

Legendary Rafael Nadal scripted history as he became the first Men’s Tennis player to win 21 Grand Slam titles after he bested Russia’s Daniil Medvedev in a marathon match by 2-6, 7-6, 6-4, 6-6, 7-5 in an epic Australian Open final at the Rod Laver Arena on Sunday.

Nadal, 35, had to battle for 5 hours and 24 minutes to get over the line to clinch the record-breaking slam of his career. The lefty rallied back after losing the opening two sets and once again showed his ‘never-give-up’ attitude on the court to write history.

With this win, Nadal joined Novak Djokovic as the only two players in the Open Era to win each of the four Grand Slams at least twice. This was Nadal’s second Australian Open title with the first one coming back in 2009.

The Spaniard admitted that it was one of the most emotional matches of his career and also gave credit to Daniil Medvedev for playing a tough match.

“It was one of the most emotional matches of my career,” Nadal said during the trophy ceremony. “To share the court with Daniil was just an honor. It is amazing. To be honest, one and a half months ago I wasn’t sure if I was able to be back on the Tour playing tennis again. But today I am here in front of all of you with this trophy in front of me. You are just amazing, thank you so much.”

In fact, this was only the fourth time in Nadal’s career when he bounced back from being two sets down. The last time he achieved this feat was back in the fourth round of Wimbledon 2007 when he defeated Mikhail Youzhny.

Nadal also received a lot of support throughout all of his matches and he gave his gratitude to all the supporters.

“Having the huge support I received over the past three weeks is going to stay in my heart for the rest of my life, so thank you very much,” Nadal added.

Nadal was able to defy all odds as he was coming off a foot injury and had also recently recovered from Covid-19. The Spaniard once again showed why he is such a big champion.