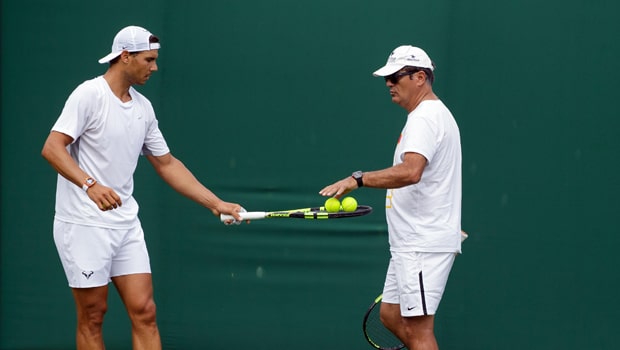 Rafael Nadal has admitted that his 21-slam record will be broken soon. Nadal became the first Men’s Tennis player in the history of the sport to win 21 Grand slam titles after he defeated Russia’s Daniil Medvedev in a thrilling five-setter at the Rod Laver Arena on Sunday to write his name in the history books.

Nadal stated that he would love to finish his career with most slams in the sport but at the same time, he won’t be frustrated if it doesn’t happen as he has achieved more than he ever dreamed of in his career.

Meanwhile, Novak Djokovic, who won three majors in 2021 is expected to make a return for the French Open as he is going to get vaccinated. Djokovic is the youngest among the big three at 34 while Roger Federer had last won a major four years ago and he is recovering from a knee injury.

“Do I want to be [first] among us three…with the highest number of Grand Slams? Yes, I’d love to.” Nadal said at his academy in Mallorca. “Am I obsessed with it or would I be frustrated if I’m not? Not at all. “Whatever comes, I’m up for it. “But being honest, I don’t think 21 is enough to finish with the most Slams.”

Meanwhile, Nadal admitted that it was difficult for him before the Australian Open as he was tested positive for Covid-19 and had to spend 10 days in isolation before the big event, which was not ideal as he could not train. Furthermore, Nadal had also recovered from a foot injury due to which he had to miss the second half of 2021.

Thus, Nadal feels it was dramatic after he went all the way in the Australian Open. In fact, Nadal was down two sets to love down against Medvedev but didn’t throw in the towel to make a memorable comeback.

Nadal will look to continue his good form and there is no doubt that he will start as a favorite in the French Open along with defending champion Novak Djokovic.