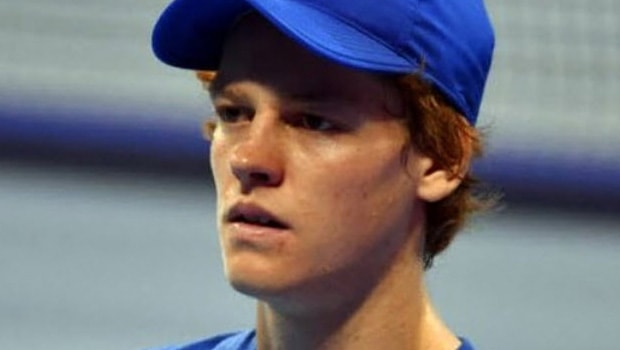 Italian young sensation Jannik Sinner has definitely turned heads with his impressive skills. At 19, Sinner has shown all the talent to go a long way in his career. Sinner won his first ATP title at the Sofia Open and thus became the youngest player since Kei Nishikori, who achieved the same feat back in 2008.

Meanwhile, Sinner is hopeful that he will soon play against his idol Roger Federer and also added that it would be good if the legend never retires. Sinner has the experience of playing against Rafael Nadal in the quarterfinal of the French Open. However, the Italian had lost in three sets but he made a record of youngest debutant quarterfinalist in a decade.

On the other hand, Sinner had an amazing 2020 season as he took giant strides in his young career. Sinner made a jump from rank 78 to 37 in the ATP Rankings after impressing one and all with his game.

Furthermore, the youngster also stunned World No. 6 Stefanos Tsitispas in the first round of the Italian Open. After having a great start to his career, Sinner wants to lock horns with his idol Roger Federer.

Jannik said, “I don’t like to set too specific goals too much in advance. The important thing is to improve: I know I have a lot of room.  After challenging Nadal in Paris, who I would like to face first between Djokovic and Federer? Maybe Roger, because he is my idol and because I’m afraid that in three or four years he will have retired, even if it would be good if he never quit.”

Meanwhile, Sinner can face Roger Federer in the Australian Open. The Swiss maestro has won six Australian Open titles and he will look to get his seventh. However, the Tennis legend recently raised doubt over his participation in the first slam of the year as he is yet to achieve full match fitness. However, Federer has started training in Dubai with his coach Ivan Ljubicic.